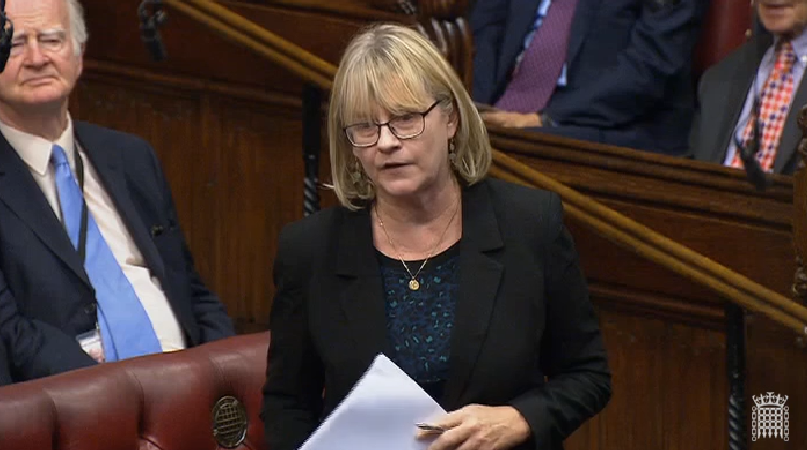 Jane Bonham-Carter is a former TV producer and Director of Communications for the Liberal Democrats. She is currently the Party Spokesperson for Culture, Media & Sport.

Jane Bonham-Carter’s original career was in television. Her first job was in New York working for American Production Company, Broadway Video owned by the producer Lorne Michaels. She returned to the UK and worked at the BBC firstly on The Wogan Show, then Panorama and Newsnight, where she was Political Producer. She moved to Channel 4 in 1993 to become Programme Editor of A Week In Politics.

In 1996 she became the Liberal Democrats' Director of Communications, a role she held through the 1997 election before returning to a career in television in 1998, when she went to work for Brook Lapping Productions. There she produced a number of documentaries for Channel 4, the BBC and ITV, including the award winning series Maggie: the First Lady.

Jane was created a life peer in June 2004 and was appointed Lib Dem Spokesperson for Broadcasting and the Arts.

After the formation of the Conservative - Lib Dem coalition government in 2010, she was elected Deputy Convenor of Liberal Democrat Peers and was appointed Co-Chair of the Liberal Democrat Parliamentary Party Committee for Culture, Media and Sport, which included the role of Lib Dem spokesperson on DCMS matters in the House of Lords.

In 2012 she was appointed the Prime Minister’s Trade Envoy to Mexico.

After the 2015 election Jane was made Liberal Democrat spokesperson for Culture, Media and Sport, in the team led by Tim Farron.

She was a Visiting Parliamentary Fellow of St Antony’s College, Oxford 2013-2014.

Outside of politics Jane has served on the Advisory Committee of RAPT (Rehabilitation for Addicted Prisoners Trust) since 1999, and the think tank Centre Forum (formerly Centre for Reform), from 2005 - 2015. She was a Board Member of the National Campaign for the Arts from 2010-2012, and has been a Trustee of The Lowry since 2011. She has been a patron of the Studio Theatre, Salisbury since April last year.

Jane lives in Wiltshire and London with her partner Tim Razzall.