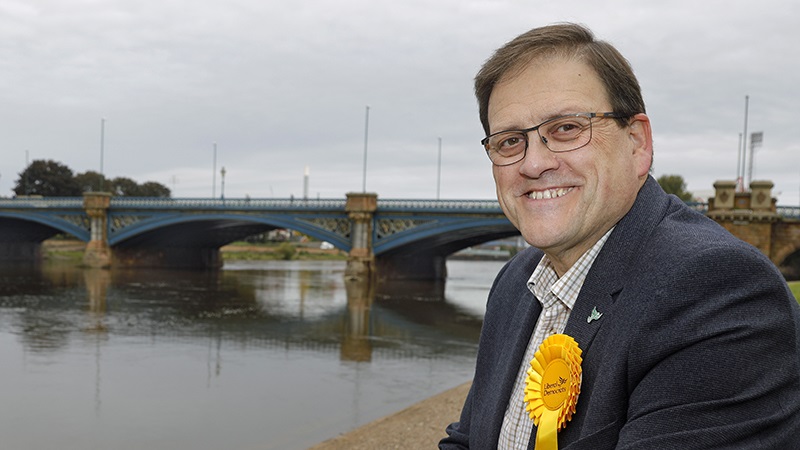 Jason Billin was selected as Rushcliffe Liberal Democrat PPC in June 2018 having served as local Membership Secretary and as a representative for the Party in the 2017 Nottinghamshire County Council elections.

Jason was born in 1961 and spent his early years in north - west London. He went into publishing having trained as a book designer and paper engineer. His appointment as a senior designer for Ladybird Books in 1994 meant a family move to the Nottinghamshire village of East Leake, which has been the base for Jason’s own publishing business
BDS21 Limited and Billy Books since 1998.

Passionate about the development and wellbeing of children and teenagers, Jason has served as a local school governor and Scout Leader for many years. The motivation to campaign within the Green Lib Dem movement comes from a desire to leave his two grown - up children, and their generation, with a safe and sustainable environment.

In Parliament, Jason would introduce a Private Members’ Bill to ban the use of all oil - based plastic packaging. Philosophically he believes that we need to ‘tread lightly on the planet’ by re-using, recycling and repairing whenever we can.

Jason’s policy interests include campaigning for better care for the elderly and their independent living; advocating for the adoption of modular eco-build housing schemes; better public transport access from rural areas to NHS care; and a Universal Basic Income as part of a ‘circular’ economy that provides flexible work opportunities to suit both the employer and family life.

The Billin Parliamentary campaign will be based on listening and learning from voters, and
then leading as a backbencher in the House of Commons. On the doorstep and in Hustings
Jason will be asking: “What kind of a society do you want?”