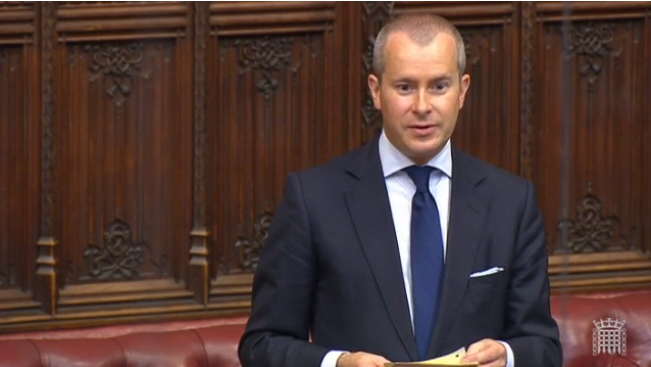 Jeremy is a Liberal Democrat working peer and one of the youngest ever Life Peers. He was elected to the Scottish Parliament as the youngest constituency MSP, aged 29. He served two terms in Holyrood as MSP for Tweeddale, Ettrick & Lauderdale. The seat no longer exists owing to boundary changes.

During his terms in Holyrood he served as the Scottish Lib Dem Shadow Finance Secretary. In 2011-12 he chaired the cross party Devo Plus group writing their proposals for the future of Scotland.

He was born in Berwick-Upon-Tweed in 1974, studied politics and history and remains committed to the Scottish Borders. He took the title Tweed after his native river; being born at its mouth and representing its source in his former constituency.

In 2015 he was successful in the ballot for Private Members' Bills and introduced his Constitutional Convention Bill to the House of Lords. The Bill would see the formation of a 12 month Constitutional Convention with a remit to consider reform of the electoral system, reform of the House of Lords, devolution of legislative and fiscal competence to Scotland, England, Wales and Northern Ireland as well as local authorities across the United Kingdom.

In October 2016 he was appointed as the Shadow Lords Minister for International Trade.