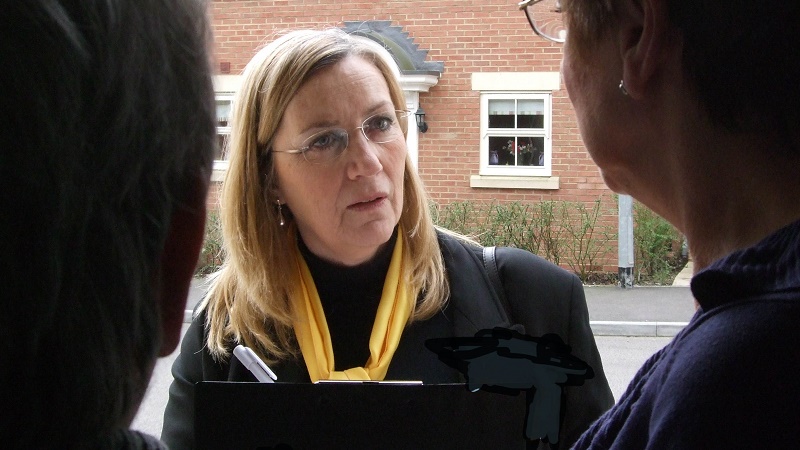 Jill Hope has been a councillor in Northampton for 12 years. She worked in the past with long-term unemployed people in the town, and has helped hundreds of people to start up their own businesses. Jill says:  “Many people who are made redundant later in life, as I was myself, think that they are on the scrap-heap, but that’s not necessarily the case. If you have a skill or a passion, that can often be developed into a business that pays the bills.”

Jill has lived in Northamptonshire since 1976 and has raised her 4 children here. Two of those children work locally, one developing social housing for this area, and another as a GP trainee.

Jill is a graduate in English with a postgraduate diploma in law, accountancy, statistics and economics. Jill has worked for several different local employers including Barclaycard, the Northants Co-operative Development Agency, The University of Northampton and Business Link.

As a councillor Jill has helped many people locally with school admissions, disability tribunals and housing problems. In addition she has been a school governor, has supported the Friends of St James Park, Friends of St James Library, helped support residents’ associations in Upton, Pineham Village and Hunsbury Hill Avenue. Jill has campaigned on many local issues including road safety in St James and West Hunsbury, structural faults in properties in Upton, planning issues in the Hunsbury Hill Avenue estate, unfair management charges in Upton.

Asked why she wants to become an MP Jill commented: “I have helped lots of local people with serious problems, the queue never gets any shorter. I realised that the problems arose from bad policies at Government level. Instead of patching up the wounded, I want to change the policies that cause the pain and suffering.”