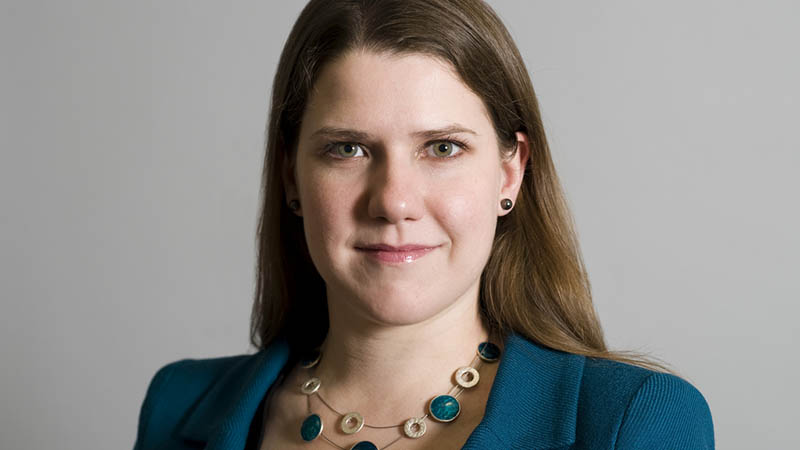 Jo Swinson is the Leader of the Liberal Democrats and Liberal Democrat candidate for East Dunbartonshire. She was a Business Minister and Minister for Women and Equalities in the Coalition Government (2012-2015).

A former marketing manager, in 2015 Jo founded her own consulting business advising organisations on workplace diversity.  She has written a book, Equal Power.

Jo has a strong record of delivering for people in East Dunbartonshire, and as a Minister.

As an MP, Jo has worked to increase jobs locally including her Get East Dunbartonshire Working initiative, successfully supported the Milngavie community against Tesco’s inappropriate store expansion, championed the views of the local community against the Lower Kilmardinny Development, won her campaign to ensure the new HMP Low Moss was not named after the town of Bishopbriggs, and fought against Labour’s local Post Office closures.

Outside of politics, Jo enjoys running; she completed the Loch Ness Marathon in 2007 and the London Marathon in April 2011.

After entering Parliament, Jo was a Liberal Democrat spokesperson on foreign affairs, equality, Scotland and the arts. Jo was also a member of the Speaker’s Conference from 2009-2010 which looked at ways to increase the number of women and BME MPs.

In September 2012 Jo was appointed the Minister for Employment Relations and Consumer Affairs in the Department for Business, Innovation and Skills and Minister for Women and Equalities in the Department of Culture, Media and Sport. As a Minister Jo delivered a radical new system of shared parental leave, led the biggest overhaul of consumer rights for a generation, ensured the Post Office Network is on a sustainable footing for the future and spearheaded the Government’s Body Image campaign.

In July 2019, Jo was elected leader of the Liberal Democrats.