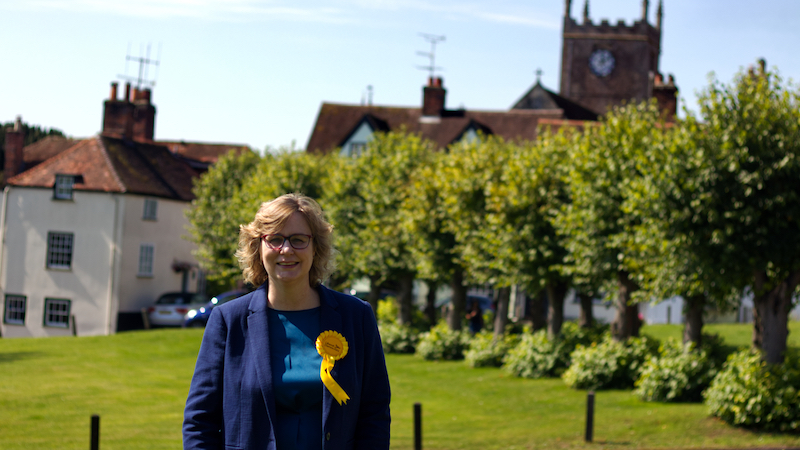 Jo Waltham first became politically active following the 2016 EU referendum. She knew that the outcome was a damaging change in direction for the United Kingdom and wanted to do what she could to help persuade the country that an historic mistake had been made. Having joined her local Liberal Democratic Party with this in mind she was, within 18 months, selected as their prospective parliamentary candidate.

Politically, Jo’s passions are Education, particularly the provision for children with Special Educational Needs and Disability (SEND), the Environment and Europe. She has campaigned to limit school travel times for SEND pupils in Wiltshire whilst recognising that providing good local services is an almost impossible task for rural councils given the totally inadequate funding from central government. On the Environment, Jo helped to bring together local activists and Lib Dem councillors in their successful bid to get Wiltshire Council to declare a Climate Emergency. On Europe, she is working to build strong local alliances that argue against Brexit, in general, and oppose “no-deal” in particular.

Jo is the joint-owner and manager of a Wiltshire-based web design company, that helps small businesses and charities to construct and run their own web sites.  She has lived in Marlborough, since 2013, with her husband, two secondary-school aged children and two dogs.

If elected Jo’s priorities would be to stop Brexit, to start action immediately to prevent catastrophic climate change and to get fair funding for all in education.