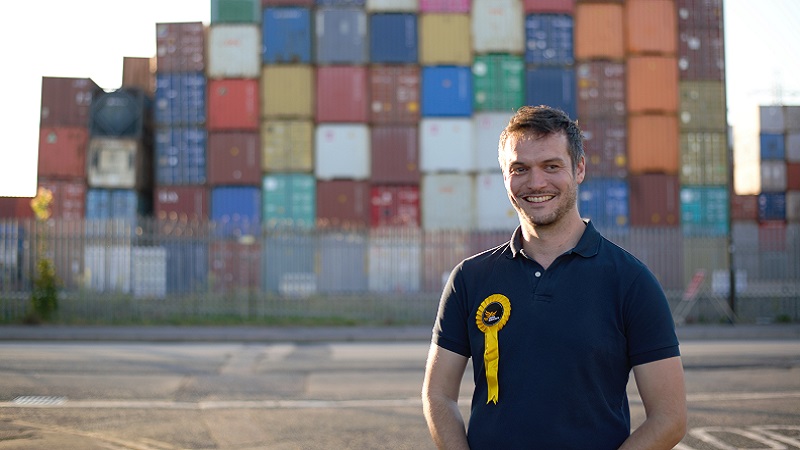 Former charity director turned author, Joe is passionate about a kinder, fairer and more transparent politics. He has campaigned as a Liberal Democrat activist for years, and is proud to stand for parliament in his hometown and the city he loves, Southampton Test.

After his family fell victim to mistreatment by the banks in the wake of the financial crash, Joe left a career at MTV to get into politics. Having spent the last five years working for a better quality of national debate in our country, Joe believes passionately about listening to the voices from all sides of the debate to find a solution.

And that of course includes Brexit. “We could have avoided 3 years of wasted time on poor-quality discussion if we had first designed a referendum that was specific on detail. People now realise that the Leave campaign was full of false promises and are looking for a way to #StopBrexit”.

Working as an economist, Joe believes that a new kind of economy can transform both quality of life and how we respect our planetary boundaries. “We don’t have time to keep living like this. Too many people are in relative poverty, and too much of our planet is being destroyed – all because we have designed our economic system that way.”
Joe believes a better designed economy will lead to better healthcare, better education, better housing, and better wellbeing.

“My constituency was a Remain constituency. Southampton Test is a port city, a diverse city, and an open city. The people I speak to are grateful the Lib Dems are giving them another way to voice their opinions on Brexit, and I am proud to stand to represent them. We have got to put an end to two-party politics – we have got to give people real choice.”