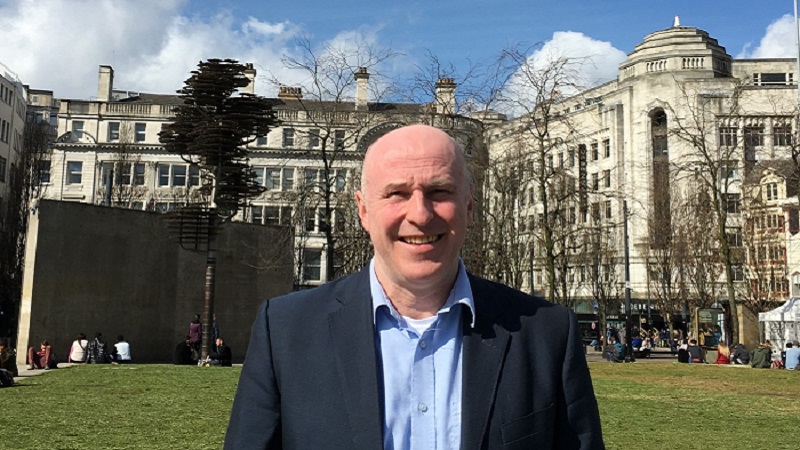 John Bridges was born and raised in Hertfordshire. His father was an RAF squadron leader, and mother an artist. After attending the local comprehensive, he went to university in Manchester, where he’s lived for 40 years. In that time, he’s experienced all walks of city life.

Whether it be working at New Smithfield fish market, delivering letters as a postie, or using his season ticket at the Etihad, John is a stalwart of the city. His experiences are why he’s been a strong voice for our communities for so long.

That’s why he’s always put communities across Manchester Central first. A seven term City Councillor, John chaired committees focused on bringing anti-social behaviour down, and was the chair of school governors at a primary schooll. He keenly understands issues that affect residents - on schools, on crime, and on holding local representatives to account, John puts people first.

In Manchester Central - one of Britain’s most remain voting seats - John is standing up for the two thirds of residents who voted to remain in Europe. In a metropolitan city like Manchester, with our society and economy reliant on the EU, Brexit will cause immeasurable harm. John is the strongest anti-Brexit voice locally, and is standing up for Manchester’s values in doing so.

Today, John lives on Princess Street, in the beating heart of the City Centre. In his day job he helps hardworking councillors do their job across Britain. As the next MP for Manchester Central, he wants to stand up for people from all walks of life.