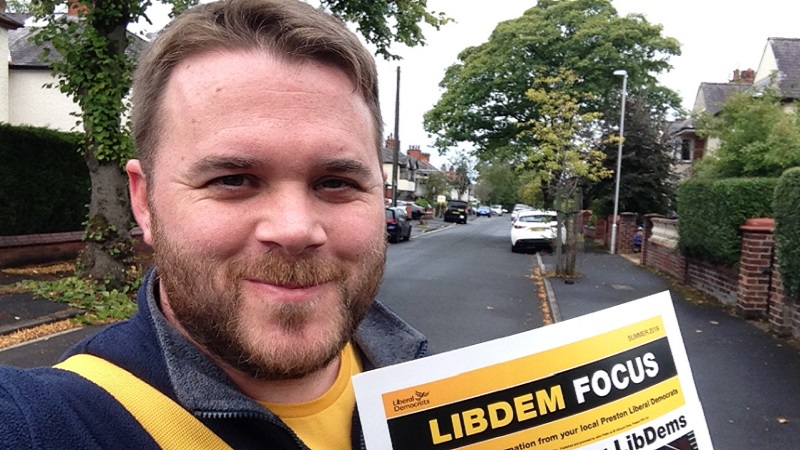 John Potter is an award winning campaigner, community activist and local councillor. Living in Preston with his wife Becky and his Rottweiler Bosley, John has been elected to public office 5 times and is a Lancashire County Councillor and the Leader of the Preston Liberal Democrats.

This is John’s third time standing in Wyre and Preston North and is proud to be the candidate from the strongest remain party, the Liberal Democrats.

Having been a local councillor for nearly a decade, John prides himself on his dedication to local residents and community causes. Too often politicians get elected and then you never hear from them again, when was the last time you saw you local MP? John wants to be a more visible and accessible MP than Ben Wallace.

Away from politics John Potter is a professional freelance video cameraman and editor as well as a huge fan of Preston Grasshoppers rugby union club.

John Potter is the campaigning candidate, the community candidate and the remain candidate in this election.

Please get in touch if you would like to know more