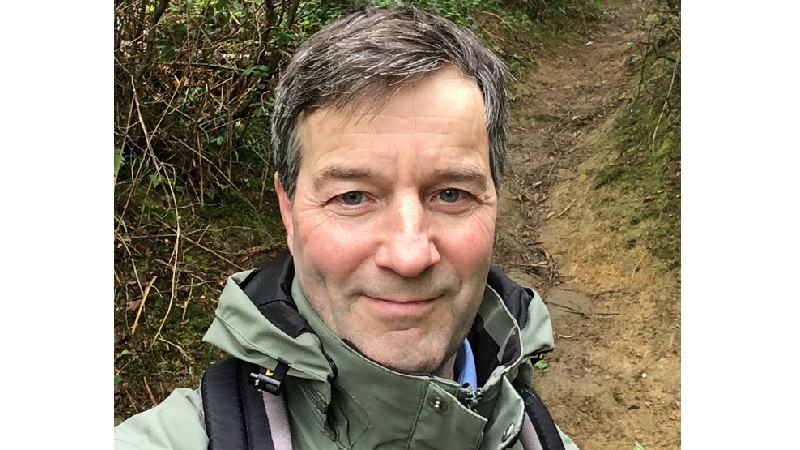 John Vincent is a campaigning Liberal Democrat. Six years as a local Councillor in the 90s. Sixth time as a Parliamentary candidate. Eleven years’ experience of living in Germany. Fighting for a Remain vote in the 2016 Referendum. Stood in the recent European Elections. A true and proud European who’s strongly believes in the benefits of international cooperation. John will fight to Stop Brexit. Reigate deserves better. My vision for Reigate means working with others on improve Health, Education and the Environment. We are not a one-Party state. We are a 50:50 constituency. The biggest opportunity for real change in our lifetimes is - now. Join John and fight for hard working parliamentary representation for Banstead Village, Chipstead, Hooley and Woodmansterne, Earlswood and Whitebushes, Kingswood with Burgh Heath, Meadvale and St John’s, Merstham, Preston, Redhill East, Redhill West, Reigate, Salfords and Sidlow, South Park and Woodhatch, and Tadworth and Walton.

John says: “I walk along the Pilgrim’s way on the North Downs. We’re so fortunate to live in this green and pleasant County. It’s by walking I see a what’s going on. I’m an engineer. Working in the most international of businesses; aviation. So, I’ve travelled, places where aircraft are certified, designed or manufactured. Over a decade, I lived in Cologne, Germany. My student life in Coventry was at a time depression. That said, I couldn’t have been in a better city given the impact of Two-Tone. A Liberal, it wasn’t until I met a newly elected young MP called Paddy Ashdown that I started being politically active. An unusual fact? When I was 16, I kept Saddleback pigs so my career could have gone in a different direction, had I stuck to it. But motorcycles and machinery took over my interests. I’m experienced as a local councillor and parliamentary candidate. This time we can get the job done and change the direction of the Country”.