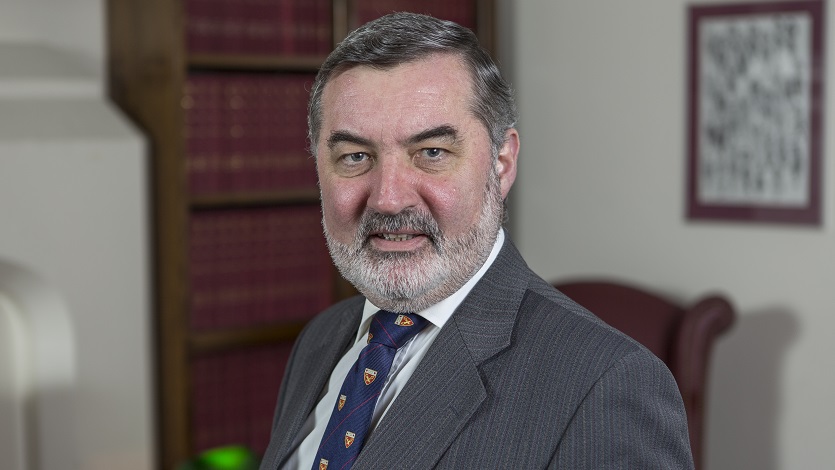 John Alderdice was born in 1955 and was educated at Ballymena Academy before reading medicine at Queen's University, Belfast. Within four years of graduating he had also qualified as a member of the Royal College of Psychiatrists and trained in psychoanalytic psychotherapy. He was appointed Ireland's first consultant psychotherapist in January 1988.

John joined the recently formed Alliance Party in 1978 and quickly rose up through the ranks. He was elected Leader in 1987, and remained in post for over a decade until 1998. During this time he was also a Belfast City Councillor.

He played a significant role in the negotiation of Good Friday Agreement and was appointed the first Speaker of the new Northern Ireland Assembly in 1998.  He served until 2004 when he was appointed by the British and Irish Governments as one of four international commissioners overseeing security normalization in Ireland.

In 1996 he had been appointed one of the youngest ever life peers taking his seat on the Liberal Democrat benches in the House of Lords.  In addition to his work there and in Northern Ireland he was Treasurer and then a Vice-President of the European Liberal Democrat and Reform Party in Brussels. He was also Chairman of the Human Rights Committee of Liberal International, and subsequently elected a Vice-President, Deputy President and then, from 2005 to 2009, President of Liberal International - the global federation of more than 100 liberal political parties.

Throughout his time in the Lords he has also continued as a consultant psychiatrist at the NHS Centre for Psychotherapy he founded in Belfast, a Senior Lecturer at Queen’s University, Belfast and later a Visiting Professor at the University of Virginia (USA) with a special interest in the psychology of terrorism and violent political conflict.

He retired from clinical practice in March 2010 but continues his academic interests as a Senior Research Fellow and Director of the Centre for the Resolution of Intractable Conflict based at Harris Manchester College, University of Oxford. He is the Chairman of the Centre for Democracy and Peace Building, President of ARTIS (Europe) Ltd, and Chairman of the World Federation of Scientists Permanent Monitoring Panel on Motivations for Terrorism.

His work on democracy and peace building has been recognized with many fellowships, honorary degrees and prizes and most recently in 2015 with Liberal International’s highest honour - the Prize for Freedom.