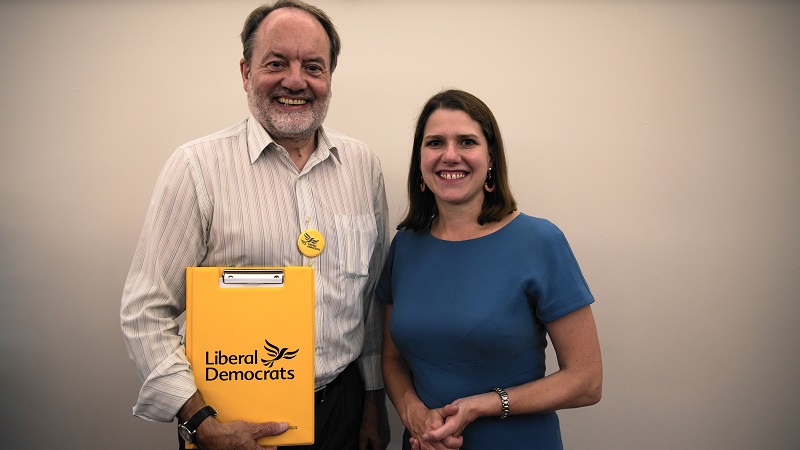 Jonathan Smith feels honoured and privileged to have become the Liberal Democrat Prospective Parliamentary Candidate for Tatton. He has joined a hard-working team, which intends, whenever the General Election comes, to deliver one of the strongest campaigns that the Party has ever seen in this Remain-voting part of Cheshire East.

Jonathan is a passionate European, and has worked at a very senior level in both local government and the NHS as Director of Social Services and Strategic Director, and as Chief Executive, respectively. In the latter stages of his career, he became a specialist in improving children’s services. He has a deep-seated commitment to public service, to protecting the vulnerable, and to advocating for those least able to do so for themselves. He is greatly troubled by the successive denuding of powers and resources from local government, and by the growing deficits in the public accountability, and the day-to-day co-ordination, of services

He and his wife, Alison, have been married for 45 years. They have four children and five grand-children, living both in this country and abroad. He has lived in Bowdon for over 26 years, and has worked in Tameside, Cheshire and Merseyside, and for councils across Greater Manchester.

Jonathan first put himself forward for Parliament in 2017, following his sense of shock and unfairness after the 2015 General Election. Whilst recognising that mistakes were made, he is proud of what the Lib Dems achieved in the Coalition Government. He is determined to help build a strong Lib Dem presence in Parliament, so that the forces of intolerance, division, and protectionism can be defeated, both here and abroad.

For his Tatton campaign, he has adopted a 4 R’s set of priorities: