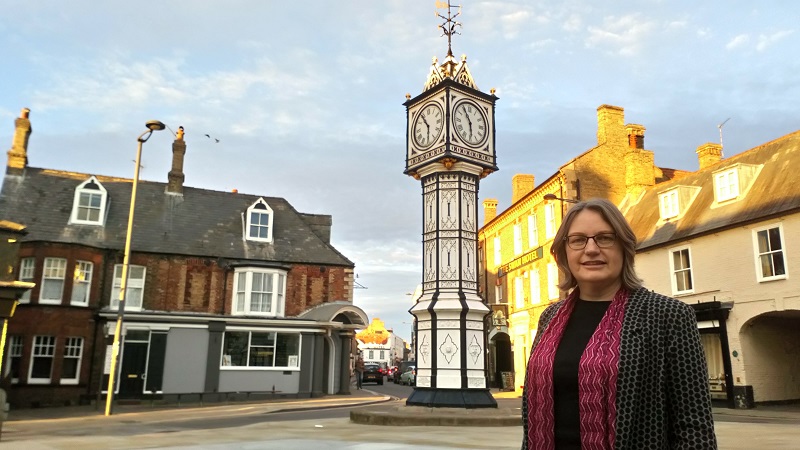 A former HGV driver is standing as the Liberal Democrats' parliamentary candidate for South West Norfolk. Josie Ratcliffe is aiming to oust Conservative candidate Elizabeth Truss from the seat she has held since 2010. Ms Ratcliffe is already a Borough councillor having been elected this year to represent East Downham ward in Downham Market.

Originally a software engineer in Cambridge, Josie changed career to become a professional driver. This included working as a milk roundsperson before progressing to drive tipper trucks and articulated vehicles and working as a long-distance lorry driver. She combined this experience with her administration skills to qualify as an NVQ assessor supporting fellow drivers to achieve a qualification.
Josie is also an experienced youth leader having been a Scout Leader for 25 years. In addition to the commitment of weekly meetings, she took young people on expeditions to Norway, Switzerland and Africa. It was the experience of seeing receding glaciers and wildlife struggling due to lost habitats that helped her to understand how much is at risk from global warming.

Josie said, “This election is our chance to address the big issues facing the UK – stopping Brexit so we can fund our NHS and our schools, and tackling the climate emergency.”

She has also pledged to support Norfolk pension campaigners, adding “It is right that WASPI women are compensated for the government’s failure to properly notify changes to their state pension age.”