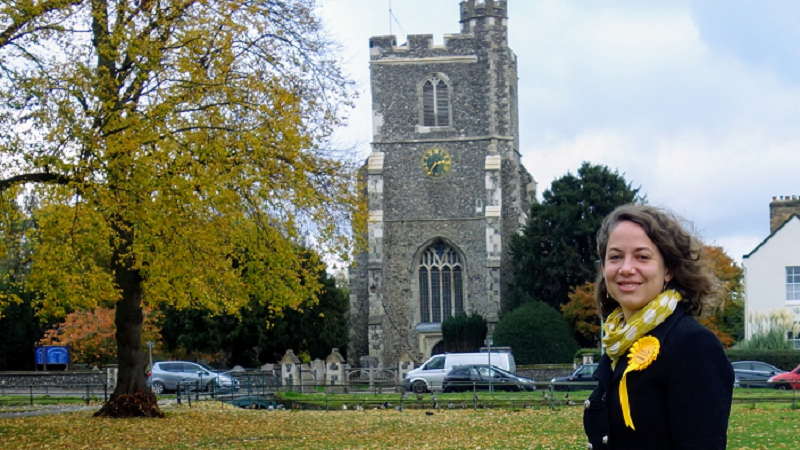 Julia Bird is the candidate for Broxbourne. Committed to improving the lives of Broxbourne’s residents, Julia and the Liberal Democrat team work hard to ensure the community’s needs are being addressed.

When not campaigning, Julia is an economist who works supporting transport and green energy investments particularly in developing countries. She lived in France for six years, where she gained a PhD in economics. She’d like to create more opportunities for young people to travel, study, work and live abroad, while Labour and the Tories are trying to take freedom of movement away. She is committed to protecting the rights of EU citizens in the UK as well as fighting for Britain’s place in the EU.

Julia joined the Liberal Democrats in 2016 because she was fed up with seeing the increased divisive and reckless rhetoric from politicians. She wanted to change things.

Julia has helped develop Liberal Democrat policies, including our recently adopted
“Fairer Share for All” plan, which fights against the deepening inequalities in the UK, recognising that everyone deserves a decent income, decent services, with opportunities to make their lives better. The Liberal Democrats will scrap the cruel two child benefit limit and boost our welfare state with £6 billion pounds extra per year.

Julia is very concerned about pollution in Broxbourne. In Cheshunt, at the A10/College Road crossing, monitors have recorded the 8th worst air pollution level in the UK for any borough outside London. With a large secondary school and a nursery nearby, greater pressure is needed to reduce risks for all children and young people in this area.

Given the growing population of Broxbourne, Julia also wants either better public transport to the nearest health centres and hospitals or to consider investment and expansion of facilities within the constituency, for example Cheshunt Community Hospital.