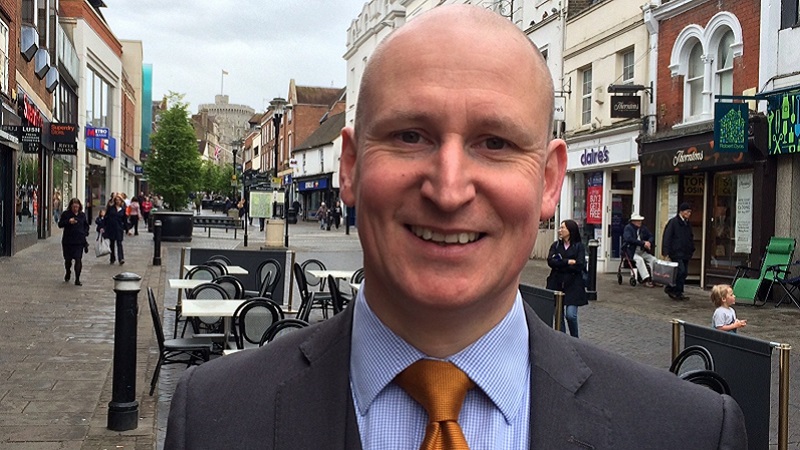 Julian is a Chartered Accountant working as Finance Improvement Director for an energy company in Windsor. He is married with two young daughters and a son and has lived in or around Windsor for 17 years. He has been involved in numerous campaigns in this time, including:

Congratulating Julian on his selection as candidate, Windsor Lib Dem councillor Karen Davies said “Julian has campaigned for this area for years. He would be a tremendous, hard-working MP for Windsor.”

Karen added “We’re seeing a huge movement towards the Lib Dems both locally and nationally. We were just 1% away from coming top in the recent Euro elections in the Royal Borough, while in the local elections, we have established ourselves as the clear opposition to the Conservatives. In both, Labour came nowhere and can’t win here. Our absent Conservative MP is out of touch and doesn’t even conduct constituency surgeries. Windsor deserves better and I would like to invite other progressives to unite behind Julian as the best chance to unseat the Conservatives here.”

Julian grew up in Essex and graduated in Politics and International Relations at Reading University, before training as a Chartered Accountant. He is a member of Liberty, the Electoral Reform Society and is an active member of Windsor for EU and of his church. Outside of work, politics and family life, Julian has a passion for choral singing.