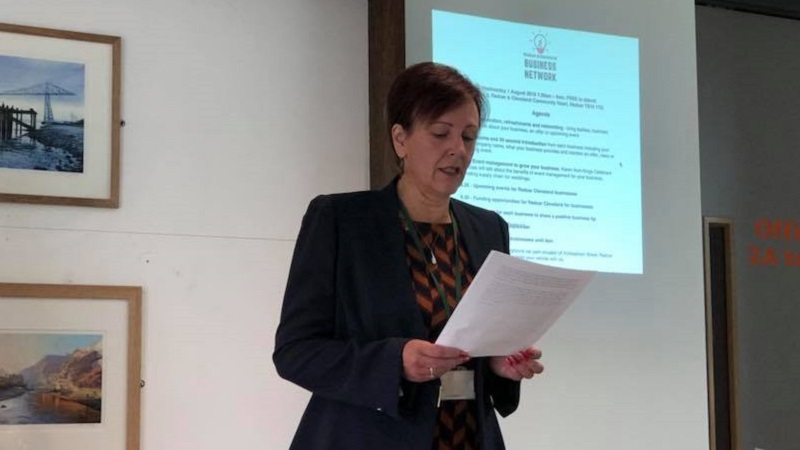 Karen has been a ward Councillor in Marske since 2015, during this time she has helped many residents with problem’s ranging from arranging more suitable school places, access school transport for children with disabilities, improvements in the ward, disputes with the council, and she was responsible the safe place scheme for vulnerable residents being rolled out across the Borough.

In 2017/18 she was elected as Mayor of Redcar and Cleveland, raising £16,000 for two local charities.
Karen is also a volunteer at the junior park run, Marske Community Partnership Christmas and Scarecrow festivals and the Christmas Day Community lunch, for residents who would otherwise spend the day alone.  She has also helped arrange and promote the family fun day and fireworks nights, as she feels events which bring everyone together are important within the local community.

As a former foster carer she works tirelessly to look at ways of improving the lives of vulnerable children and their carers.

Karen also co-runs the successful Redcar and Cleveland Business Network, after taking it over from the founders several years ago.  This is a completely free volunteer led initiative to promote and support any businesses in Redcar and Cleveland and she previously spent 20 years working in the oil industry on Teesside.

Currently the Parliamentary Candidate for the Redcar Constituency, the deputy leader of Redcar and Cleveland Council she holds the portfolios for culture and communication along with being the Chair of the Corporate Parenting Board.  Her motion to declare a climate emergency in the Spring of 2019 was passed and she continues to look into ways the area can combat carbon emissions to meet the Carbon Neutral target of 2030.

Karen’s record of caring about people and the issues they face in her local area are clearly evident, and if elected on 12th December she will make an excellent ambassador for the area.