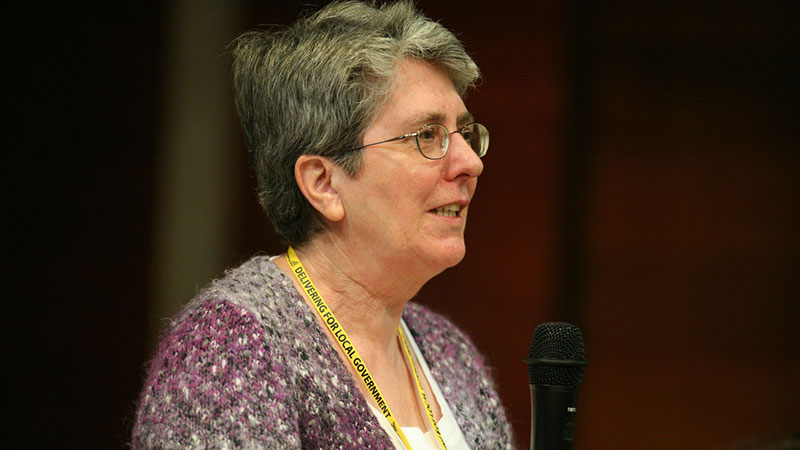 Kath has been a member of Liberal Party and then the Liberal Democrats for 40 years.

She was first elected as councillor for the Cleckheaton ward of Kirklees Met Council in 1987 and has been re-elected every time since. She was the first Liberal/Liberal Democrat ever to be elected for the town.

Kath was educated in Bath and attended Keele University where she gained a degree in History and Chemistry and a teaching diploma.

She went on to be a secondary school teacher in various schools in Birmingham and West Yorkshire – mainly teaching History. She was Deputy Chief Examiner for GCE History for several years.

Kath has been a member of ALDC and Chair of ALDC from 2008 to 2012 and she is currently one of the vice chairs.

Kath has been a member of the Federal Executive as an elected councillor representative from 2012, she is also a peer for the LGA and has helped provide advice and support to Lib Dem council groups across the country

Outside politics Kath was a board member on the regional Development Agency, Yorkshire Forward, from 2001 -2011 and is a non executive Director on the Board of Yorkshire Water from 2008 and has just been re-appointed for a further term of office. Yorkshire Water is the provider of water and waste water services to the 5m households in the region.

She is chair of Governors at the high school in my ward, Whitcliffe Mount, and has been for several years, education being an abiding passion of hers.

As Leader of Kirklees Council, she introduced the Warm Zone scheme which provided free loft and cavity wall insulation to every household (200,000) in Kirklees. As a consequence, nearly 100,000 homes were treated and fuel poverty reduced as well as carbon emissions. The scheme achieved national recognition and awards.

The Council also made significant improvements to schools for children with severe special needs. In her role as Council Leader she oversaw the introduction of devolved decision making across Kirklees.

In her role as a Yorkshire Forward Board member she worked hard to support the carbon capture and storage scheme and the development of the wind turbine investment by Siemens in Hull.