Labour are bragging about bailing out the Tories on Brexit.

Labour's trying to win Remainer votes by hoping voters don't notice the party campaigning for Brexit. We've put together some resources to call them out on it.

Corbyn's catastrophic Brexit strategy is plodding on. Rather than acting in the interest of the country, he's working to stitch up a Brexit behind closed doors with the Tories.

He's ducking his commitment to a People's Vote. When asked today, he wouldn't even rule out abstaining on Theresa May's Brexit deal when it goes through the Commons in June. That's voting with the Tories without having to say he did.

In fact, we did some research a few days ago. We found 29 different occasions that Labour has voted with the Government on Brexit.

We've had enough of Labour's "constructive ambiguity". Liberal Democrats demand better for the millions of Labour supporters who want to stop Brexit.

We're talking to hundreds of thousands of people across the UK. We're telling them the truth - Labour is a pro-Brexit party. We've put together a dossier of Corbyn's voting record on Brexit - have a look here:

We've also put together some graphics. Will you help us get the word out? 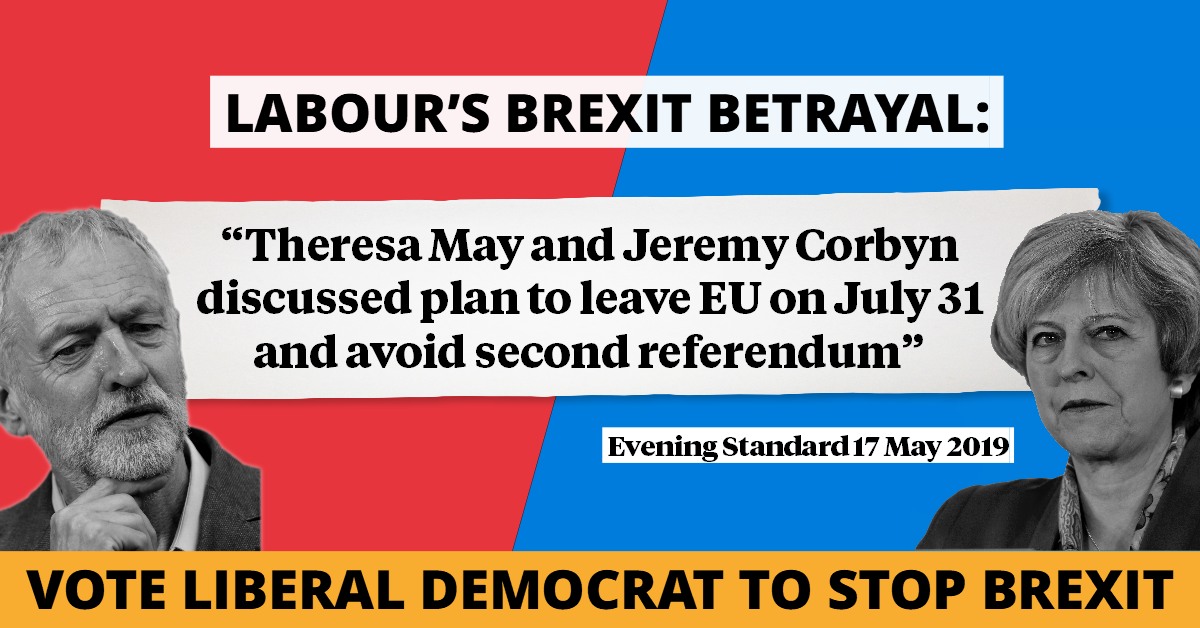 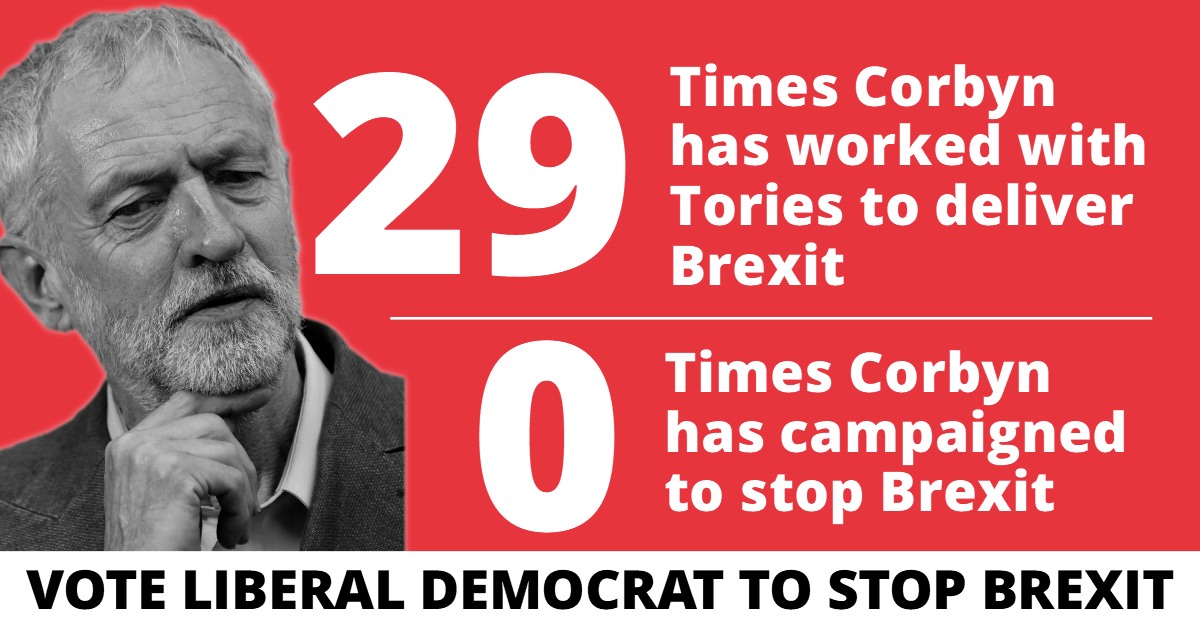 Labour is taking Remainers for granted. And there's only one way to be sure Corbyn gets the message - vote Liberal Democrat on the 23rd May.

We've been fighting for almost 3 years so you, not politicians, get the final say on Brexit. Unlike Labour, our message couldn't be clearer - a vote for the Lib Dems on the 23rd May is a vote to stop Brexit.

We've got the momentum going into the election next week. We're going up in the polls - more and more former Labour supporters are becoming Lib Dem voters, many for the first time.

We're on course for a great result. That'll put pressure on both Corbyn and Theresa May to listen to the 16 million Remainers they've been ignoring for so long.

We're the biggest, strongest Remain party. If Remainers get behind us, we can send a powerful message to this shambolic Government and weak opposition - we want an exit from Brexit.