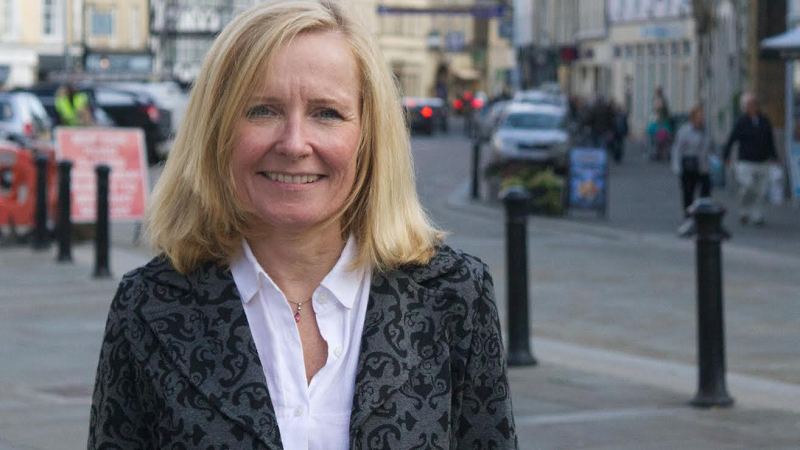 Liz lives with her husband on a farm at the southern edge of the Cotswolds. She has run her own recruitment business in the area for more than twenty-six years and feels she is very much in tune with the constituency and the thirst for change within it. She was thrown into the media spotlight in 2007 when her son was attacked and suffered life- threatening head injuries at school. “Experiencing the reality of what racial tension can lead to meant I wanted to do everything possible to stop it happening again,” she says. Liz campaigned to get answers and improve community cohesion. Although thirteen young men were convicted of taking part in the attack, Liz had to seek Judicial Review to order the school and local authority to complete a Serious Case Review. “I realised then that I could make a difference, that things which are wrong can be changed if you’re prepared to fight and fight again.”

Tensions around the Brexit campaign and the murder of Jo Cox motivated Liz to stand for Parliament and in the General Election 2017 Liz took on the neighbouring constituency of North Swindon. She says: “I learnt a lot during that campaign and now I feel truly ready to serve and to do a decent job for people who need an MP who really understands them and their issues, who will respond positively when they look them the eye to tell them what’s wrong, and one who will answer their messages and e-mails, rather than ignoring them if he doesn’t like what they say.”

Liz is a well-known figure in the Remain campaign, particularly in the fight to revoke Article 50. She’s been invited to speak at a number of Remain marches and events. She took the government to court with a crowd-funded campaign named the “Article 50 Challenge” in a bid to find the missing legal decision to leave the EU. She’s also a founding member of Farmers for a Peoples’ Vote and visitors to her farm would be hard-pressed not to realise that. “The producers of an anti-Brexit film needed a field that could be ploughed to spell out the words, “Britain now wants to Remain.” We volunteered our land and now I can say I am the proud owner of the largest Remain message in the world.”