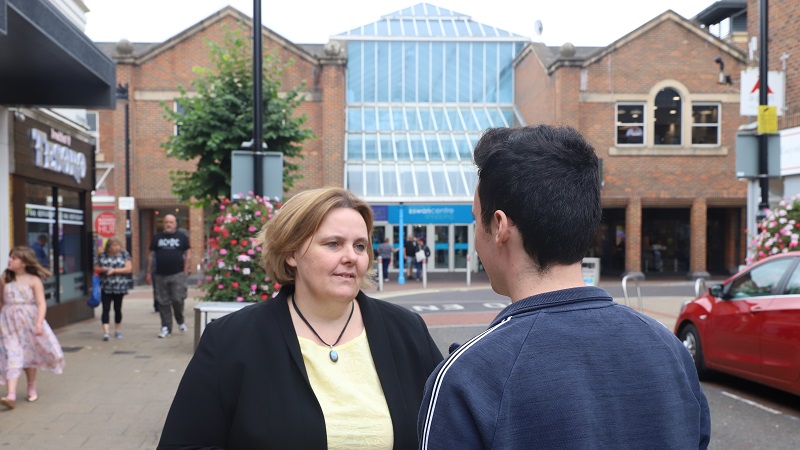 Lynda Murphy was selected as the prospective Liberal Democrat MP for the Eastleigh Constituency in August 2019.

Originally from Scotland, Lynda has lived in Hampshire for the past 16 years where she has brought her two children up with husband, Richard. She is a committed activist with a special interest in the environment; she has campaigned successfully around increasing recycling, reducing the use of unnecessary single-use plastic and bringing back public water fountains.

After studying maths at university, Lynda worked in London for 7 years in the financial sector, working with UK and international companies to help them manage their pension obligations to employees. She moved to Hampshire in 2003 and concentrated on caring for her family and elderly parents. During that time, she completed a degree in Wildlife Management from Sparsholt College.

Lynda first became active in the Lib Dems a year after the Brexit referendum when it became apparent that there was no plan. She passionately believes Britain is better off in the EU, and organised one of the biggest anti-Brexit marches outside London this year.

"I’m standing to become the next MP for Eastleigh because I really feel the people here need better representation in parliament, and an MP who cares for and listens to them. I will also fight against the disastrous Tory Brexit that we are seeing play out every day in parliament at the moment.

Voters here already know what the Liberal Democrats achieve locally: quality services paid for with lower-than-inflation tax rises.   I intend to bring that same practical approach to parliament. We desperately need more investment in infrastructure in our country.  We need real support for the NHS, education and the police, not the recent lip service that has done nothing to address years of Tory neglect."