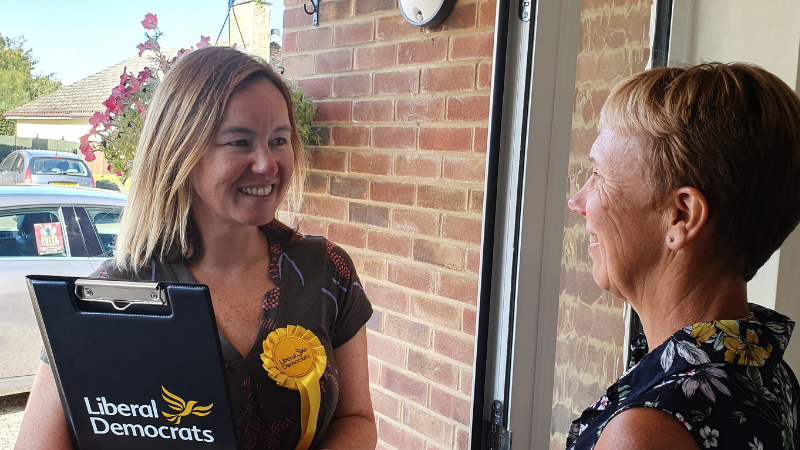 Marie is Deputy Leader of Chelmsford City Council and ward councillor for Moulsham & Central, in the heart of the city.  She has lived in Chelmsford since 2003 and has two children with her husband, Simon.

With a background in management consulting, Marie is a director of various small businesses, including a start-up company that uses cutting-edge technology to tackle the scourge of ticket touting for live events.

Although she has always taken a keen interest in current affairs, Marie says that she never considered a career in politics until she got involved with the Liberal Democrats after the 2016 EU Referendum.

As an internationalist who spent a lot of her young adulthood living in other countries around the world, Marie believes passionately in the importance of international cooperation and cultural exchange.  Marie says, “Only by having the opportunity to visit other countries – to live, work and even fall in love with people from different backgrounds – can we truly hope to build a safe, peaceful and better future for our children”.

Marie also says she is increasingly concerned by the lack of concrete action on climate change. As a Cabinet member of the new administration at Chelmsford City Council, she is pleased to have been able to declare a climate and ecology crisis, but knows that action by councils and individuals alone will not be enough.

Marie says, “We need wholescale change at an international level to avoid going above a planet-changing temperature rise of two degrees. We can only hope to achieve that by working hand in hand with other countries – with the UK showing leadership, not the brinkmanship that has been all too common in recent times”.

Marie says she would be deeply honoured to represent the people of Chelmsford in the House of Commons.