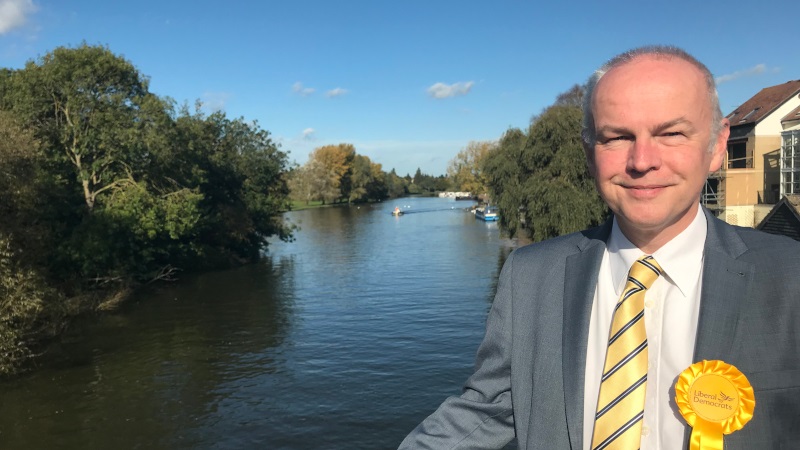 Mark Argent is a committed European. He’s opposed to Brexit, and sure that the best deal possible is the one we already have as full members of the EU.

He’s been alarmed at the way Brexit has put the extremists in charge in both Conservative and Labour parties, leaving many people unable to vote as they usually would. The answer is to stop Brexit, and then address the division it’s caused, and the frustrations that led people to vote for it.

This means securing funding for the NHS, and finding the money by adding 1p to Income Tax. It means tackling wealth inequality, particularly around the cost of housing. It means moving decisions from Westminster much closer to the people affected by them — we deserve better than the shambles of a barely-accountable elected mayor for Cambridgeshire and Peterborough.

Climate change is the biggest threat humanity faces, but it’s been pushed off the agenda by Brexit. We need urgent action to reduce CO2 emissions, which means alternative forms of energy, better insulation, electric vehicles, improved public transport, and better rural broadband to make it easier for people to work remotely.

He’s concerned by Mayor’s proposals for another river crossing — through the heart of an area of exceptional beauty. Surely this has to wait until we know the effect of upgrading the A14, and even then, the priority should be improved public transport, which helps congestion and climate change. Relocating Marshall’s to Wyton is a good example of how business can be spread out from Cambridge, but there are real concerns about the effect on traffic.

Mark’s background is in publishing and web design. He ran a start-up soon after leaving university, and has experience of the high-tech sector as well as living and working in rural areas.