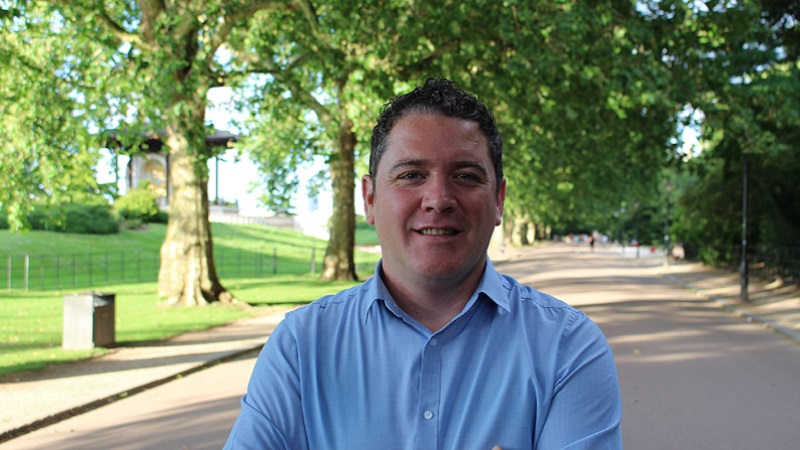 Mark Gitsham lives in Battersea with his partner after moving to London in 2011. Before that he spent a number of years living and working in Europe, in Ireland, Greece and Cyprus.

Mark works as a manager in the events industry. A highlight was his time in 2012 working for the Organising Committee of the Olympic and Paralympic Games in London, helping to deliver that hugely successful event. He has also worked as a consultant, supporting homeless people and young offenders through outreach programs into training, settled housing and long term employment.

The 2016 referendum brought Mark into politics, campaigning for Remain. He stood for the Lib Dems in Wandsworth council elections in 2018, before being chosen as their Prospective Parliamentary Candidate for Battersea. "I quickly appreciated that the Liberal Democrats were the only party making a clear stand against Brexit, as well as an open and fair society," he says.

Campaigning to be an MP, Mark is fighting to put an stop to Brexit. He also wants radical polices to tackle the climate emergency, and to improve funding for schools, the NHS and mental health.

"There is a stark contrast between rich and poor in Battersea," says Mark, "and access to decent, affordable and secure housing is a basic human need that is not being met for too many people." He wants serious interventions to end homelessness, better rights for renters and enough high quality council and other affordable housing to be built. He also advocates serious, joined up policy to tackle the epidemic of knife and other crime. "This is about more than a few more policemen or extra powers: the rise in crime comes from a serious failure of community services over the years. We need a determined effort to create a fairer, inclusive society here in Battersea.”