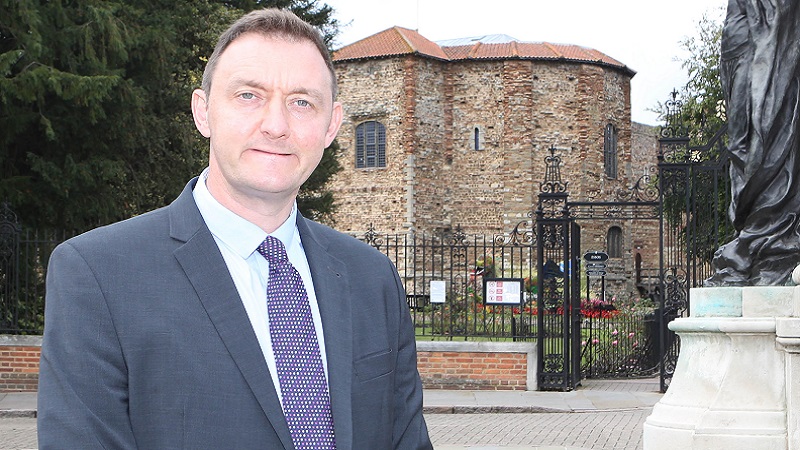 Martin Goss grew up in Colchester and still lives here, married to Rachel. He is aged 45 and works in Information Technology for an insurance company.

Martin is a member of Colchester Borough Council. He has been a Councillor for Mile End Ward for 11 years.
Prior to entering politics he started a residents’ association. He has also been active in promoting Neighbourhood Watch schemes, and community litter-picks.
Over the past year or so, in preparation to becoming Colchester’s next MP, he has met many organisations and businesses, including emergency services and the hospital, finding out first hand from them to help him in his future role.

Away from work and his activities as a Councillor, Martin Goss likes running and keeping fit. He has a reputation for hard work in public life, taking up issues large and small on behalf of residents.
Martin Goss is not a career politician, but an independent-minded community activist with a genuine passion to get a better deal for his home town and to once again give Colchester a strong voice in the House of Commons, as it had when the town was represented by a Liberal Democrat MP for 18 years from 1997 to 2015.