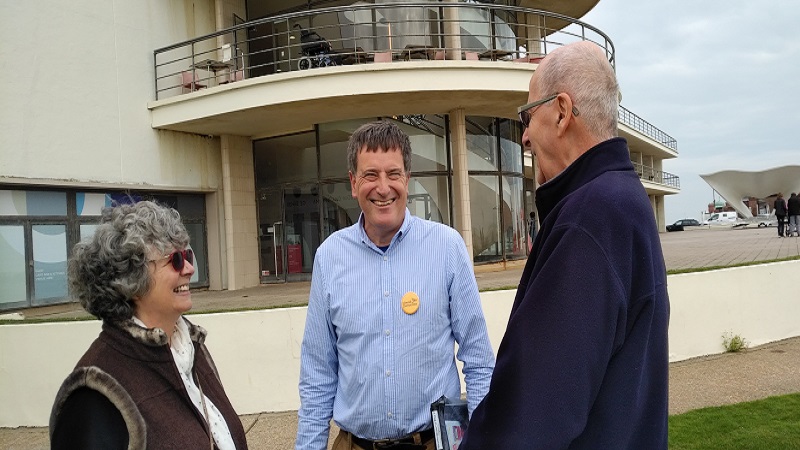 Martin lives in the constituency in Etchingham. He and his wife Jennifer moved there in 2005 and they love the beauty of the area. He is a solicitor and a former partner in an international law firm. He was educated at a comprehensive school in south east London and studied law at St John's College, Oxford.

Martin has a strong commitment to Liberal values and has always been concerned about environmental issues. He is a trustee of the RSPB and volunteers with conservation work at two local nature reserves. He is also a trustee of the Rother District Citizens Advice Bureau. He supports campaigns on local issues and has represented residents in planning proceedings.

In the 2016 Referendum Martin campaigned for Remain. Like many others, he joined the Liberal Democrats after the Referendum. In the May district council elections he stood as the Liberal Democrat candidate in Hurst Green and Ticehurst. More recently, Martin has been appalled by Boris Johnson’s behaviour as Prime Minister. This has made him even more determined to stand against Johnson’s divisive government.

Bexhill and Battle Liberal Democrats had strong results in the District Council elections in May and now share power as part of the Rother Alliance. In the European Parliament elections they came second in both Rother and Wealden Districts as the leading party of Remain (behind the Brexit Party). Now they want to oust the current Conservative MP.

Martin says: “On Brexit, Huw Merriman is less extreme than some of his colleagues. He sat on the fence in the Referendum, but after that he adopted some of the ugly anti-EU rhetoric that has fuelled our current crisis. He has even tried to defend Boris Johnson’s illegal decision to prorogue Parliament and criticised the Supreme Court for overturning it. We deserve better.”