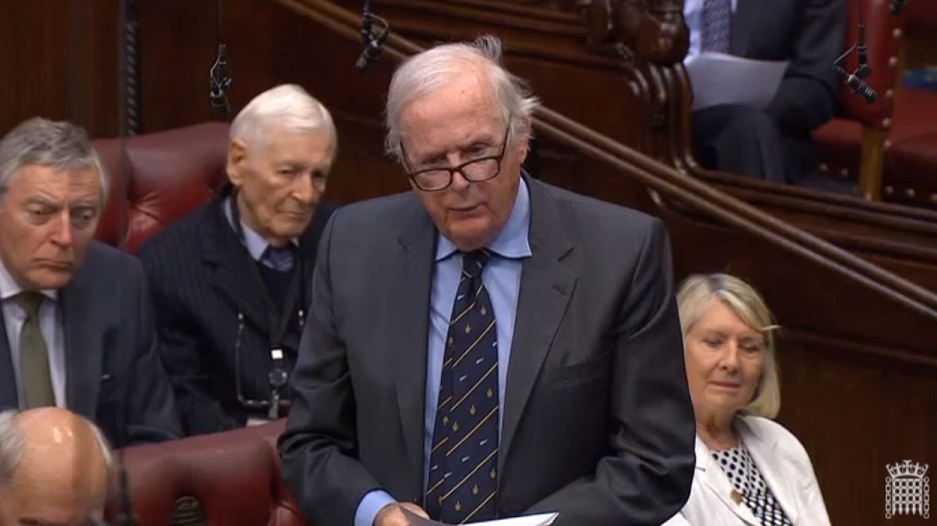 Martin Thomas was born on 13th March 1937 in Wrexham, North Wales and was educated at Grove Park Grammar School and Peterhouse, Cambridge (MA, LLB Classics and Law). He has had a largely legal Professional Career as a Solicitor 1961, Law Lecturer 1966 - 68, Barrister 1967 and Queen's Counsel since 1979.

Martin became a Recorder of the Crown Court in 1976 and Deputy High Court Judge in 1985. A bencher of Gray's Inn in 1991, he was a member of the Criminal Injuries Board between 1985 to 1993. He has also been a Director of the independent radio company Marcher Sound Limited from 1982 and its Chairman between 1991 - 2000. Martin Thomas acted as an Advisor to East Asia Institute at the University of Cambridge from 1998 and Patron of China Law Conferences in Cambridge between 1998 and 2001.

Martin has been a candidate for the Liberal Party eight times, in every election between 1964 and 1987. He chaired the Welsh Liberal Party between 1969 and 1974 and was its President between 1977 and 1979. He was President of the Welsh Liberal Democrats between 1993 and 1996. He was made a Life Peer in 1996. He has been a Liberal Democrat Spokesman in the House of Lords on Welsh Affairs and Home Affairs and was a Member of the Commission on Local Government Electoral Arrangements in Wales. In December 2006, Martin was appointed Shadow Lord Chancellor with oversight of all the Law Officers and of legal reform. In 2007 Martin was appointed Shadow Attorney General.

Lord Thomas of Gresford's interests include Law Reform (criminal justice, human rights), Far Eastern Affairs (Hong Kong and China), Sport (rugby, rowing, hill climbing, fishing, golf), Music (piano, harp, choral singing - President of London Welsh Chorale, member of Parliamentary Choir), Theatre (Wrexham Little Theatre) and Conservation (Capercaillie in Scotland). He also finds time for local activities. He is President of the Gresford Memorial Trust, Friends of Gresford Parish Church and Friends of Wrexham Maelor Hospital, as well as being a vice-President of the Llangollen International Eisteddfod. Martin is a member of the Reform Club, Western (Glasgow), Wrexham Rugby Club and Rex Rowing Club. He is a qualified WRU Coach and referee and captained the Lords Eight in the Boat Race between the Lords and the Commons in 2007.

In 2015 he was made Liberal Democrat Shadow Attorney General.