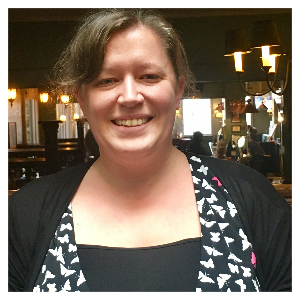 Becky is the Liberal Democrats Deputy Head of Campaigns for London and the South East - and we sat down with her to find out what she does to support elections - especially the crucial ones coming up in May 2018 - elections that will be Vince's first electoral test as Leader.

How long you’ve been working for the party, Becky?

I first started working for the party 8 years ago as an organiser usually working with one seat at a time but I’ve been working for the Campaigns Department for 3 ½ years.

And where are you working to support elections this year?

So I’m part of the team covering London and the South and many of those seats have elections next year but a large part of my time will be spent on the London elections and particularly in Sutton which is the only London Council we currently hold.

But we’ve also got some big elections in Portsmouth, in and around Oxford and many other places too and so I’ll be trying to find ways to give what support I can to some of those places too.

What sort of things do you do to support those elections?

It can be such a wide range of support across all my seats varying from managing the campaigns, to helping work up plans for them to follow, to helping with messaging, art working literature, digital campaigning and helping seats to build up their volunteer base so they can achieve what they want to.

You certainly get to cover a wide area of skills and activities in the campaigns department!

How time intensive is this support? Covering that big an area, it must take a lot of time!

Pretty much every hour that I’m working and in the run-up to May that will increase but it’s worth it to be helping seats achieve their aims and goals.

Are there any important results people should keep an eye on in May?

I’d say after the results they got in this year’s General Election, Councils in South West London will hopefully do well building on the boost from Ed and Vince winning back their seats, Tom holding onto his and of course coming so close in Richmond with Sarah.

Hopefully, as well as Sutton staying in Lib Dem control we’ll be adding to the list!

But I’d also say with the current political climate being so unpredictable right now and Lib Dems working hard up and down the Country who knows what breakthroughs we can make with extra resources to support that.

What's the best bit about working on elections?

For me it’s every time I get to help local parties and activists learn or try something new in campaigns.

Whether it’s training them in the latest campaign techniques or sharing some best practice I’ve learnt in another seat, I’d definitely say anytime I can help members and activists and enable them to deliver the campaign they need to makes me very happy.

What's your favourite food during an election?

There’s time to eat in an election??!!

And what's the funniest thing that's ever happened to you on election day?

That would be Witney by-election Polling Day 2016 when the person I was running the Chipping Norton committee room with came and told me that Labour had just knocked up the people who owned the house we were currently in to ask if they would be voting Labour today.

I’m amazed they didn’t wonder about the many giant Lib Dem posters we had outside before they knocked on the door!

(Oh and be assured the owners told them they had always voted Lib Dem and indeed already had that day!)

Help make sure Becky & the team have what they need to support elections - donate today: