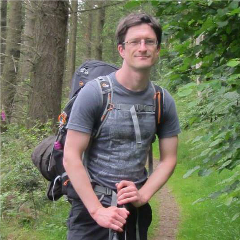 Tim is the Liberal Democrats Deputy Head of Insight, a key part of the team that keeps Connect (our voter database) running and provides analysis to teams fighting elections all over the UK.

Our interview with Tim is part 2 of our series on the team that support local elections all over the UK, we sat down with him to find out what he does to support elections - especially the crucial ones coming up in May 2018 - elections that will be Vince's first electoral test as Leader.

Hi Tim, how long have you been working for the party?

I made the transition from volunteer to paid staff when I became an organiser in Bristol in 2004. I became regional campaigns officer in 2007 and took on a nationwide role in 2011.

Where are you working to support elections this year?

This is often decided quite late in the day, and may well be remote working anyway, but on any given week, I can be helping teams anywhere in the UK. Fortunately, most of what I do can be done from anywhere.

What sort of things do you do to support those elections?

I try to help campaigners make the most of their data by providing short cuts to allow them to get on with campaigning.

This can be in the form of simple tick boxes for bringing up lists of voters that they want to target for different reasons (e.g. voter ID, recruitment, direct mail shots, get out the vote operations etc), or it can be about creating visualisations of their data to help them make strategic and tactical decisions (do I have enough data, what type of data do I have, what is that data telling me etc.)

Are there any important results people should keep an eye on in May?

Our performance in London will be important this time around. 2014 and 2010 were both difficult years for local election candidates in London (for different reasons) and our membership there has seen the biggest increases since 2015, so if we are making progress we need to see that reflected in terms of our base of councillors too.

What's the best bit about working in elections?

Actually feeling like you are doing something to fight for what you believe in rather than just shouting at the television.

The need to get something quick and filling is all the excuse I need to eat loads of sushi.

And what's the funniest thing that's ever happened to you on election day?

I once knocked on a woman’s door during a by-election in Bristol on polling day. She had a right go at me, claiming we’d been harassing her all day, with leaflets, door knocks and phone calls and telling me that it was really too much. I apologised and asked if she’d been to vote yet. She looked quizzically at me and said: “Is it today?!”

Help make sure Tim & the team have what they need to support elections - donate today: