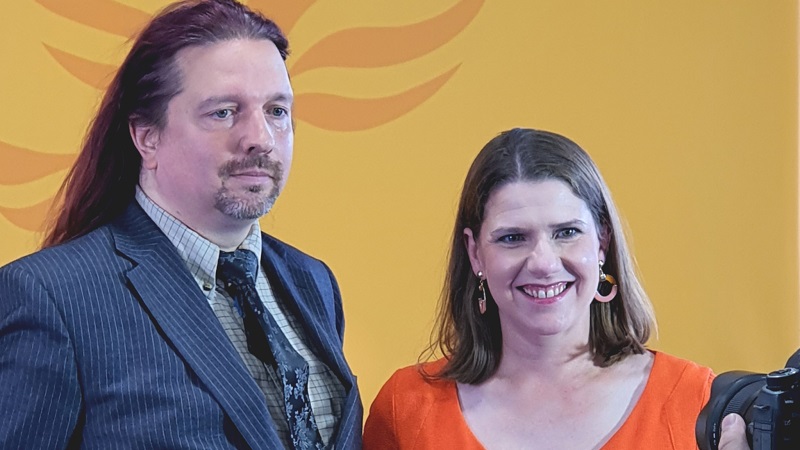 A Brightlingsea Town Councillor, Mike leads Colchester Foodbank (with centres in Brightlingsea, Wivenhoe, Greenstead, North Hill, Langham and Hythe). He lives locally with his wife Caroline, vicar of Brightlingsea, and their 2 children."I love living here," Mr. Beckett says. "It's home. My charity and community work has taken me all over this area, from Langham to Wivenhoe to Harwich, working with several hundred local organisations. I have friends and family throughout the constituency. Everywhere I go, I meet extraordinary people doing great things for others. They all deserve an MP committed to putting them first, nationally and internationally."

A dedicated and relentlessly effective public servant, Mike’s CV includes CAB Manager, nursing assistant, NHS governor, a Mind charity CEO, school Governor and community eco-garden worker. Now the same care for people that powers him in the charity sector is leading him into politics. Mike says, "I want to go beyond picking up the pieces after the impact of poor political decisions on all levels of society. It's time to stop leaving things to career politicians and start creating the change we want to see. Abandon the party-first politics threatening jobs, education, welfare, international relations, the environment and our economy and choose the reasonable alternative: a co-operator and people-first politics."

Mike wants to bring power from Westminster to Harwich and North Essex. "No one should miss out on education, employment, resources and access to healthcare. Who better to prioritise local issues than local people? Together, we can build a better, fairer, greener future." Following the amazing results in recent elections, the Liberal Democrats are now the main challenger to beat Mr. Johnson's chaotic Conservatives here.