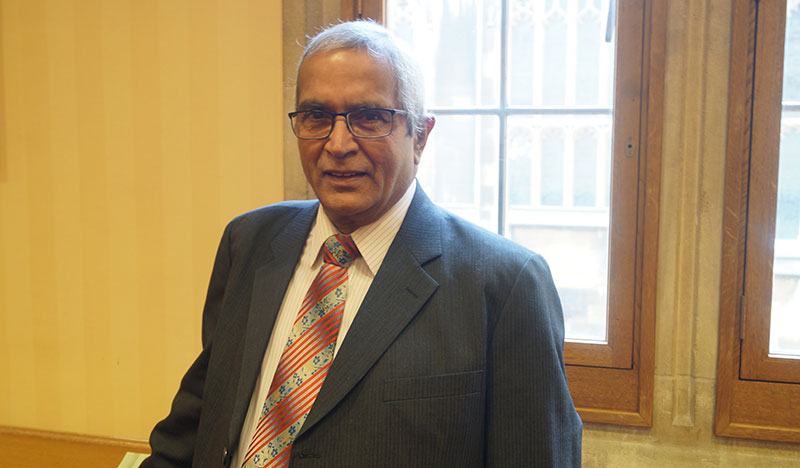 Although from my arrival in Britain I was involved in Liberal politics I had come here primarily to study at Brighton Technical College, rather a contrast to my early years and schooling in Tanzania and India. I was firstly Chairman of Brighton Young Liberals between 1959 and 1962 and then moved to representative politics, being elected to Brighton Borough Council 1961-1964. At this time I took my first job as Medical Laboratory Technician at Southlands Hospital.

My overriding belief that we all have a right to be treated fairly without reference to colour, race, nationality or ethnicity has influenced my political philosophy and consequently guided my political work. In 1966 Roy Jenkins addressed a meeting I attended and his comments about equal opportunity, accompanied by cultural diversity, in an atmosphere of mutual tolerance, affected me profoundly and encouraged my political engagement with race related issues. In 1966 I became Development Officer for the National Committee for Commonwealth Immigrants and later pursued work with the Community Relations Commissioner. In 1969 I became Secretary of the Liberal Party's Race and Community Relations Panel. Then, from 1976 I worked for the Commission for Racial equality and most recently I was a member of the Commission on the Future of Multi-Ethnic Britain. This was set up by the Runnymede Trust an Independent Think Tank devoted to the cause of promoting racial justice in Britain.

My political interests have been wider than just race though and encompass criminal justice and penal affairs. This has involved me in the Sussex Police Authority, the Police Complaints Authority and I have been a council member of the Howard League for Penal Reform since 1992 as well as a member of the editorial board of the Howard Journal of Criminology. From 1992-1996 I also served as a member of the Ethnic Minority Advisory Committee of the Judicial studies Board. I have written several articles on criminal justice.

I became a Peer in 1997 and was frontbench spokesperson on Home Affairs, after serving as an assistant whip between 1997 and 2002. I sat on the recent panel that selected cross-bench peers. I was also elected to the post of Party President in 1999 and in 2002. In November 2004 I was elected joint Deputy Leader of the Liberal Democrat Peers.

I married in 1967 and have two daughters. I am a keen photographer, gardener and enjoy traveling. I also love to cook.