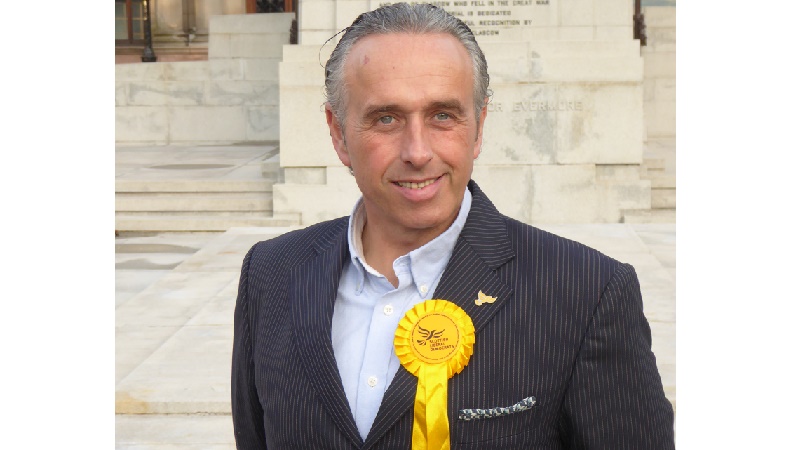 Nicholas was born in Govan, in 1971, the second of six children. He lived in Paisley until his mid 20’s then moved to Glasgow.

Following his education he joined the family tyre business where he now fulfils the role of Sales Director. He has two children a boy and a girl, aged 14 and 16 and echoes their call for immediate change to tackle the Climate Emergency.

He has been sober for a number of years and enjoys road running, regularly taking part in 10k races, half marathons and looks to step up to marathons in 2020.

He has also had a great interest in boxing and is very keen to promote it for its therapeutic value.

He has become consistently disheartened by the rise of extremist populism coupled with divisive Referendums. Brexit has already cost our economy a staggering £66 billion and has shown itself to be an act of economic vandalism. Nicholas would like Unity and Progress restored and Government’s focus turned to homelessness, poverty and spiralling drug deaths. ‘Now is the time for the Liberal Democrats,’ he says. ‘Now is the time for Humanity in Government.’ The Vagrancy Act should not exist. Rough sleeping should not be a criminal offence!’ ‘Drugs are a health issue and should be legislated as such.

Locally, Nicholas is deeply concerned with the standard of public transport on offer, especially buses. The only fair incentive for motorists to reduce emissions is offer an integrated city wide system.

A vote for the Lib Dems is a vote for widespread building of good quality social housing.

He joined the Liberal Democrats because they represent and work hard for all classes. They champion equal rights. They create well researched policy that benefits the broadest part of our society including, of course, those that need it the most.