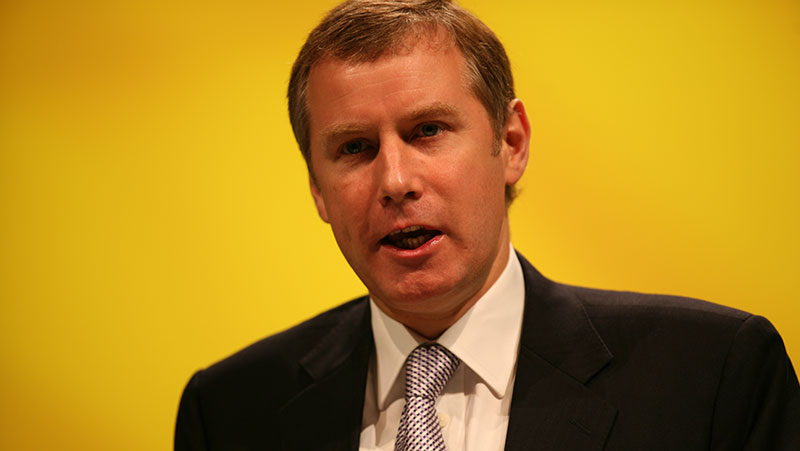 Nicol Stephen was the MSP for Aberdeen South until standing down at the 2011 Scottish elections. He took his seat in the House of Lords in February 2011.

He was leader of the Scottish Liberal Democrats from 2005 until 2008.

He is a former Member of Parliament for the Kincardine and Deeside constituency.

He was a member of the teams which negotiated the Partnership Agreements after the Scottish Parliament elections in 1999 and 2003.

Nicol is a high profile campaigner for Aberdeen and the North East.

He was the founding chairman of the Grampian Initiative in 1988, and was later appointed as a ‘Grampian Ambassador'.

He chaired the STAR campaign (Save Tor-na-Dee Hospital and Roxburghe House) from 1998-99.

He was the first chairman of CREATE (the Campaign for Rail Electrification from Aberdeen to Edinburgh), from 1988-92.
Nicol is one of the few MSPs with business experience. Originally a lawyer in Aberdeen, he moved into corporate finance as a senior manager with Deloitte & Touche.

In 1992, he set up his own project management and consultancy company, which he ran until he was elected as an MSP in 1999.

He was also a founding director of Grampian Enterprise, the local enterprise company for the North East of Scotland now known as Scottish Enterprise Grampian.

Nicol graduated in law, studying at both Aberdeen and Edinburgh Universities. He is married and has two sons and two daughters. He lives in Aberdeen.

In 2015 he was made Liberal Democrat Spokesperson for Scotland.