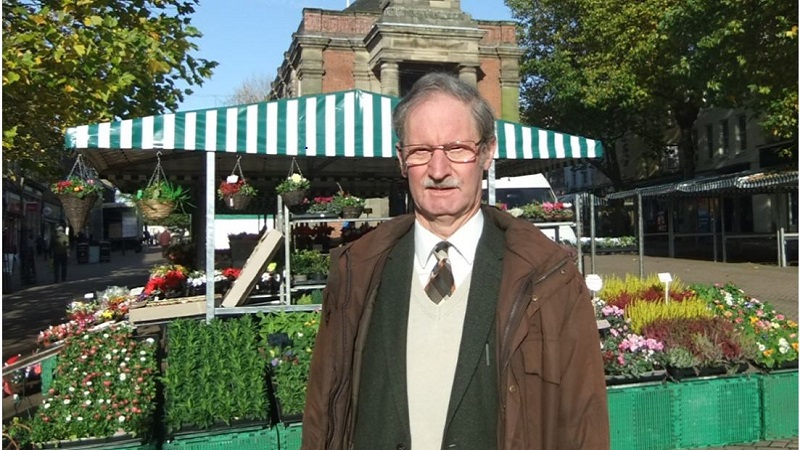 Nigel has long been a local campaigner, a councillor on Newcastle Borough Council for 13 years, chair of the council's Audit Committee and on the council's cabinet. He has lived in the constituency for 28 years. He was active in two local community centres, is a Methodist Local Preacher, won prizes in the Newcastle Music Festival and designed the local footpath, the Newcastle Way.

Born in a coal-mining valley in South Wales, Nigel has never forgotten the economic struggles of his family. He went on to achieve two degrees at University before entering the teaching profession, gaining his first job in Manchester and then at an inner London comprehensive school. When he moved to an FE college in NW London he was involved in the politics of Education in the college and Borough as chair of the college Education and Staff Development Committee.

He was Head of Maths at Stoke on Trent College and became an elected staff governor, when he bravely played a significant role in solving a serious senior management problem. He is now a long-standing governor of 2 local schools.

On the national scene, he is Chair of the Liberal Democrat Education Association and has some experience of lobbying government ministers. He qualified as an approved Liberal Democrat Candidate in 2009 and stood for Newcastle under Lyme in 2010, gaining almost 20% of the vote.

Nigel believes strongly in localism as well as internationalism. He is very concerned to reverse the squeeze on local government, the decline in public services and their lack of local accountability.

He would be a good MP because he has an honest commitment to the public good, has some experience in politics at national level and much experience as a local councillor, successfully fighting for individuals and for improvement in our institutions.