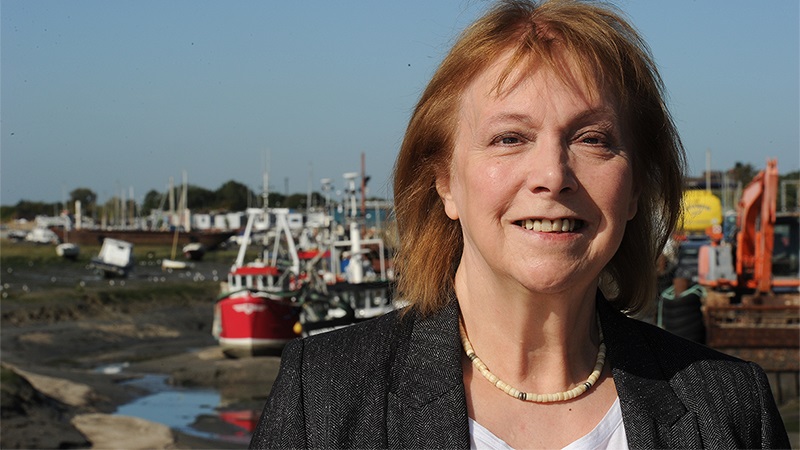 Leigh-on-Sea's Nina Stimson is the Liberal Democrat Prospective Parliamentary Candidate for Southend West.
A well-known campaigner, and a Leigh resident for over 40 years, she last stood for the seat in 1997, capturing 33.1% of the vote narrowly beaten by current Conservative MP Sir David Amess. The Conservative majority in 1997 was just 2,615 – no other candidate has come as close in the 5 elections since.

Nina Stimson is executive vice president of an international company focused on consumer healthcare, advising large and small businesses worldwide but HQ'ed in Southend. Personal interests include a much-loved roof garden, visiting local restaurants and shops, a broad mix of films, books, music and art – and visits to her sister and French brother-in-law in Paris.

A campaigner since her teens, a Liberal Democrat since the party was created (and a Remain voter), Nina works closely with Southend's Lib Dem Councillors on issues including climate change and pollution, crime reduction, education, health and getting the best for our town and all its residents.

Two adult children and five grandchildren (all but one educated locally) and time as a school governor give Nina a clear view of Southend's schools and the pressures they face. A long-time campaigner on health issues, Nina Stimson was one of the originators of the campaign that successfully saved Southend Hospital's Cancer Unit; she is disappointed that local people have been let down by the Conservative Government's refusal to listen to their worries that excellent local health services are being shifted to Basildon.

“The Conservative government has gone from bad to worse and now total disaster with Boris Johnson, especially over Brexit, but the local MP backs him regardless. Local people tell me it's time for a change. We're ready to make it happen.”