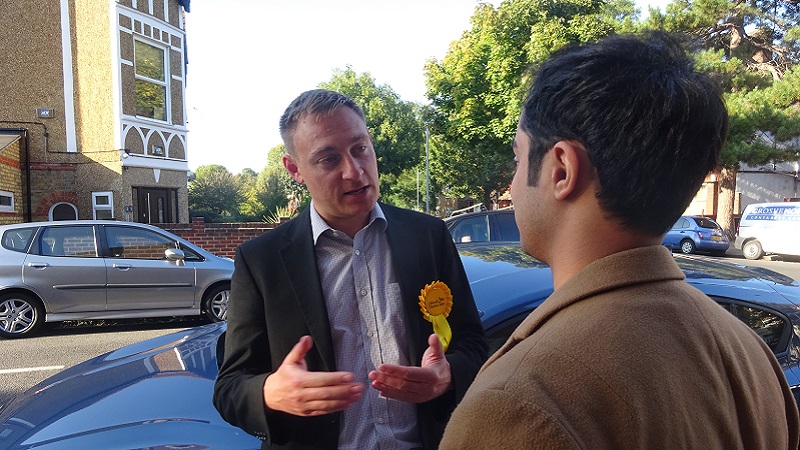 Olly lives in Balham. Born to a Polish mother and a British father, he cherishes and understands the benefits that immigration and openness have brought to Tooting and our country, and the threat posed by Brexit. As a tenant, he personally experiences the impact of high rents and the lack of affordable housing.

His passion for the environment and addressing climate change led him to pursue a successful career running railways. He currently works in a small company developing future railway links in the south east of England.

A daily cyclist and campaigner, Olly sees the effects of the current lack of action being taken to encourage more sustainable transport choices. Leadership and determined effort are needed to tackle our climate emergency and air pollution challenges.

As a gay man who came out aged 15, Olly has experienced the challenge of self and societal acceptance faced by many under-represented groups.

A keen volunteer, Olly supports people living with motor neurone disease and their families. This has given him first hand experience of the impact of a pressured and underfunded care sector on people’s lives. He has also volunteered with people who are homeless and with children with additional needs. His volunteering experience makes him determined to press for better funded and delivered public services that our community desperately needs.

Olly joined the Liberal Democrats in 2016, prompted by his concern about Brexit’s impact on our community, economy and international influence. He is standing for parliament because he passionately supports the Liberal Democrat plan to stop Brexit, tackle the climate emergency, and transform public services and social care.

If elected, Olly’s top priority would be to stop Brexit, joining other Liberal Democrat MPs in revoking Article 50. No other party offers Remain-voting Tooting such a clear escape from Brexit chaos.