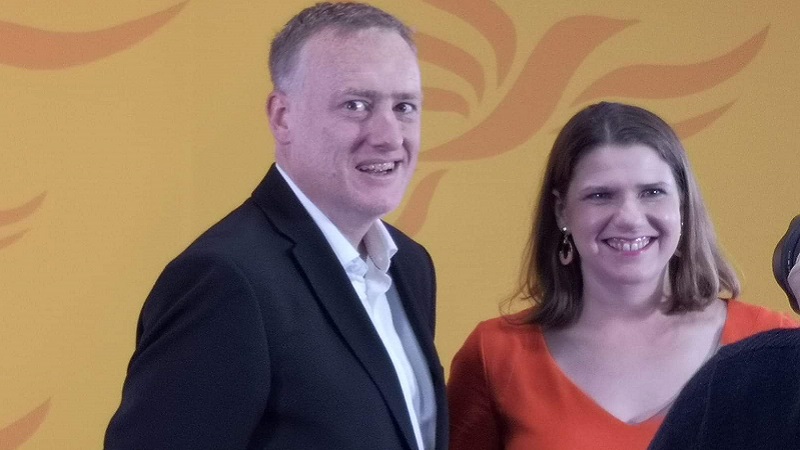 Having grown-up on Hayling and having returned to the island a number of years ago, Paul sees it as an honour and a privilege to offer his services to the people of his local area.

Pauls extensive management experience, gained in both the public and private sectors, would enable him to ensure Havant constituents are fiercely defended against any and all further attempts to force even more cuts upon us. Ultimately, Paul got involved in politics because he cares passionately about this part of the country, the people in it and the issues which affect us all.

Paul joined the Liberal Democrats to champion ideas that have been hard won over the last 70 years. The Liberal Democrats echo my passionate vision for an open, tolerant and united community. Furthermore, he believes that for over 40 years, EU membership has delivered the UK an unprecedented period of peace, prosperity and business opportunity. It is Pauls firm belief that we need to STOP BREXIT and that the referendum result of 2016 was won on false promises and fake news. In a modern, global world the UK belongs at the table of the world’s largest trading block, not isolated as third nation with little influence and no say in future trade negotiations.

Locally Paul was involved with the successful relaunch of the Hayling Ferry service and, having done so, now chair the Hayling Ferry Trust. He campaigns against pollution in our local waters and have long spoken about the need to wake up. Paul also volunteers at the Queen Alexandra Hospital, supporting our local nurses to rehabilitate patients with substance abuse issues.

Primarily, Paul wants the local area to be represented by someone who grew up in the local area, knows the issues that are most important to local people and calls this place home. This contrasts with a career politician dropped into our constituency by Conservative HQ as if Havant were just a pin on their map.