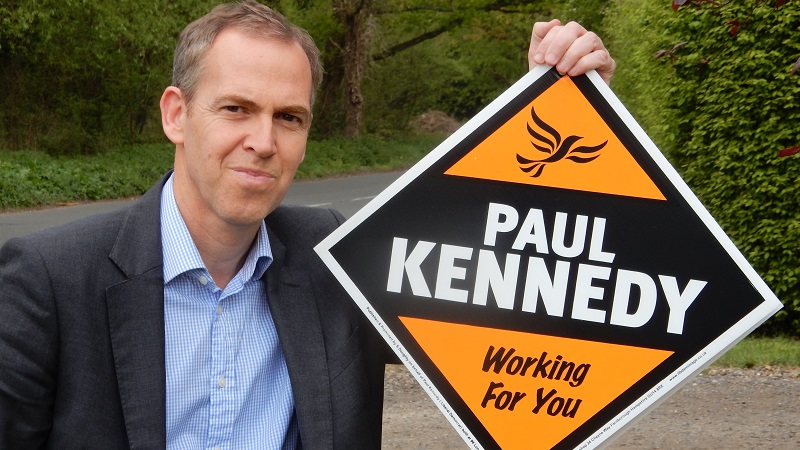 Mole Valley District Councillor Paul Kennedy is a former barrister, accountant and actuary with over 30 years’ experience working in private and public sectors. He has held leadership roles at Prudential, and with a major accountancy firm and two national financial regulators. He has been self-employed, and seconded to HM Treasury twice.

Paul moved to Surrey five years ago and plays an active part in local life. A keen sportsman, he is a Vice-President of Leatherhead Football Club, represents Leatherhead No-Strings in the East Surrey Badminton League and plays at Bookham Tennis Club. He is a Trustee of Fetcham United Charities, sings with Bookham and Horsley Choral Societies and is a Patron of the Leith Hill Musical Festival.

As a Fetcham West Councillor, Paul has gained much experience of local government, chairing Mole Valley’s Audit Committee from 2016-2019 and serving as Cabinet Member for Finance since Liberal Democrats took control in May. At national level Paul helped the Liberal Democrats develop the triple lock and citizen’s pension policies later implemented in Coalition.

Paul will be a full-time campaigning MP speaking up for our community. As well as opposing Brexit chaos, he has led successful campaigns to protect community services at Leatherhead Hospital and retain a Fetcham GP surgery. Paul will defend our Green Belt, and demand proper infrastructure and affordable housing. He will continue to fight the Conservatives’ decision to build a new town at the former Wisley Airfield.