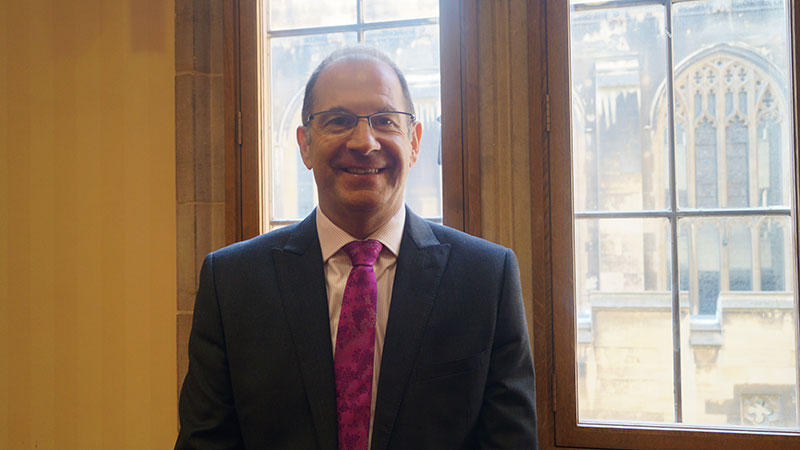 Paul Scriven was born in 1966 in Huddersfield and for most of his life has lived in the north and Yorkshire.

He was educated at Rawthorpe High School and leaving with no formal qualifications sent two years working for a road construction firm, before re-entering education at Huddersfield Technical College then onto Manchester Polytechnic to read a BA (Hons).

Paul was a President of the Student Union at Manchester in 1990.

Paul has been with his partner David, who is a Doctor, for 18 years and they have lived together for over 15 years in Sheffield.

After two years training at York District Hospital and Warwick Business School, he went on to become one of the youngest hospital managers in the UK, running a specialist hospital in the West Midlands. Paul then spent a number of years managing a range of hospitals, community and doctors services.

He then moved into the private sector company to assist a PLC’s move into the health care industry.

Paul also set up and owns his own tourism business in 2005 and was named as one of the top business people in Yorkshire aged younger than 42, in his first year of trading.

Paul now is the Managing Partner of Scriven Consulting that works in service and systems change in the public sector.

Politically, Paul joined the Liberal Democrats after a short period in the Labour Party after realising he wasn’t a Socialist, but is a traditional Liberal. He has felt at home ever since.

Paul represented the Broomhill Ward in the City of Sheffield, from 2000 as a Councillor and did so until May 2012. He was elected as Leader of the Sheffield Liberal Democrat councillors in 2002.

His key interests in political life are public sector reform, youth homelessness, intergenerational issues, the fight for International LGBT rights and politics in the Far East.

In his spare time Paul enjoys going to the gym, walking in the peak district, enjoying fine wines and food with friends. He is also a supporter of Huddersfield Town Football club.

In October 2016 he was made Lords Spokesperson for International LGBT Rights.