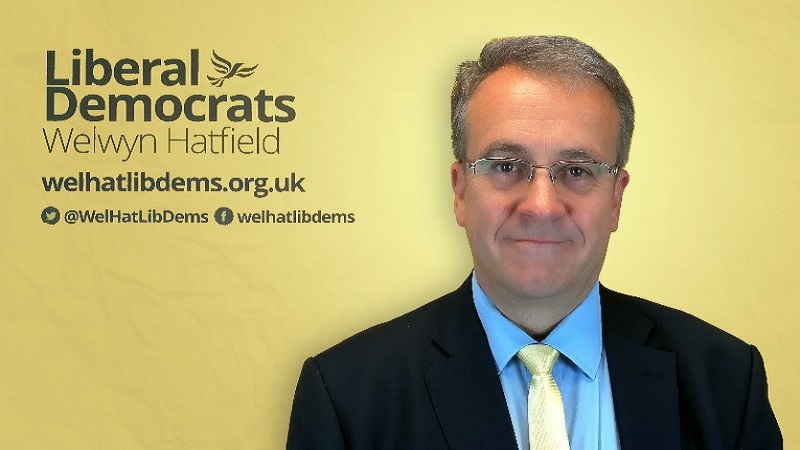 Paul’s Promise to Welwyn Hatfield
“A vote for me is a vote to help stop Brexit and focus once more on the local and national issues we all care about.
A vote for the Liberal Democrats on 12 December will enable us to plan for Britain’s future by restoring fairness to our people, the places we live and work and investing in our schools and NHS.

Paul has a strong track record in standing up for the issues that affect Welwyn Hatfield’s future:
• Paul led the eight-year campaign against the New Barnfield incinerator planned for Hatfield, putting an end to the County Council's plan to burn all the county's rubbish on the doorstep of Hatfield and Welham Green residents;
• Paul is passionate about getting the very best for our communities for the benefit of all our residents, be it campaigning for better NHS services, more schools or improved transport facilities.
• As Shadow Deputy Leader of the County Council, Paul has worked hard to improve the state of our roads and pavements, helping to challenge the years of neglect by Conservative-led Hertfordshire County Council.

Since the Referendum in 2016, Paul has been consistent in standing up for his views that the UK is stronger within the EU and believes passionately in a United Kingdom. Brexit will continue to inflict this damage on our economy, our nation and its people for generations to come.

Now is the time to make it stop. Vote Paul Zukowskyj on 12 December