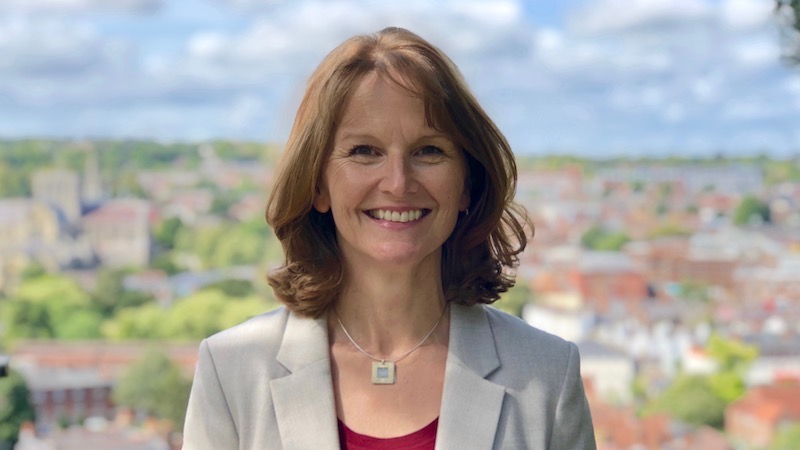 Paula is from North-East Essex. She is the youngest of 3 children and was the first woman in her family to go to University, where she studied American Studies & Politics. While she has lived in Winchester for the last 20 years, she has also lived in London, Scotland, Northumbria and the USA.

After an early career in corporate banking, data analysis and management consultancy, Paula retrained in her late 30s, completing a BSc in Psychology and then an MSc in Educational and Developmental Psychology. She now works with children who have numerical or other learning difficulties and is passionate about the role education can play in improving lives.

Although uninvolved in politics before the EU referendum, Paula has always been an active member of her local community. She has spoken out against racism and cuts to public services, and campaigned for better walking and cycling routes, a reduction in single-use plastics and cutting food waste. She has been a volunteer at a local food bank for over 3 years and was elected as a city councillor in May.

She firmly believes that Brexit – especially a no-deal Brexit – will be disastrous for people and businesses across the country. She wants her children to grow up in a country that is open and tolerant, where everyone has the opportunity to succeed. Brexit has laid bare the divisions in society and Paula believes that to rebuild people’s trust in politics and politicians, we need different people in Parliament - people who have real experience of life outside Westminster. Paula has that experience and she will work tirelessly to tackle the climate emergency, reverse the decline in public services, secure better funding for the NHS and education and address creeping inequality. She will be a champion for Winchester & Chandler’s Ford.