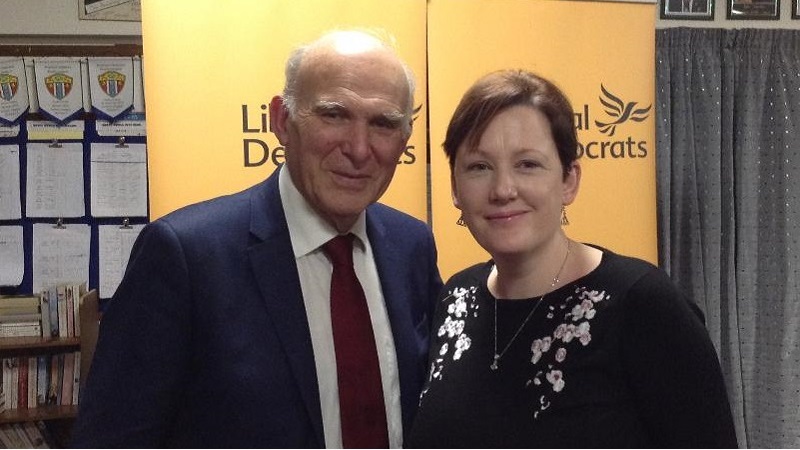 Rachel McGann joined the Liberal Democrats in July 2016 after the EU referendum result and was a Liberal Democrat councillor on Arlesey Town Council from December 2016 to May 2019. During her time on the council, she was involved in the consideration of planning applications and was the chair of the Personnel committee. She was also personally responsible for creating plans and funding for future electric car charging points. Rachel has also been involved in campaigning locally, including the recent elections for Central Bedfordshire council.

Rachel lives in Arlesey, Bedfordshire with her husband and three children.
After reading African Studies at Birmingham University, she then became a software engineer, working in IT until 2001. After taking a career break to spend time raising her family, Rachel retrained to become a primary school teacher in 2014. She has taught across Key Stages 1 and 2 and is passionate about education, especially for children from disadvantaged backgrounds or with SEND (Special Educational Needs And Disability).

As the wife of a serving soldier, Rachel is also very interested in defence-related matters, particularly those pertaining to the Armed Forces Covenant and whether the Government is upholding the covenant. This is especially with relation to the availability and suitability/quality of housing and education for Forces families and the level of ongoing support for both serving personnel and veterans.

Rachel is clear about the importance of remaining in the European Union and has marched and campaigned tirelessly for a People’s Vote. She is particularly concerned about the potential impact of Brexit on the island of Ireland, especially upon the Good Friday (Belfast) Agreement. Rachel continues to believe that there is no Brexit deal available that will be better for the UK than the existing deal that we have with the EU as a member.