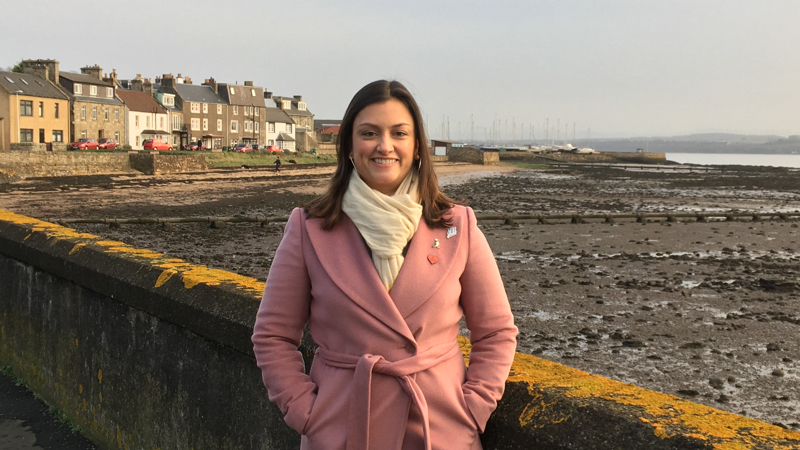 Rebecca Bell is our Prospective Parliamentary Candidate for Dunfermline and West Fife. Along with the local team, she’s demanding better for Fife. Dunfermline has sadly been sold short by both the SNP and Labour, and public services have suffered for it. In particular, Dunfermline has seen local health services reduced as well as overcrowded and underfunded high schools.

Rebecca worked as a broadcast journalist for seven years, in both television and radio including for BBC Politics, Sky News and Radio 4. From 2015 until 2017 she was News Editor for Kingdom FM in Fife. During her journalism career, she interviewed all kinds of people from the First Minister to those with distressing personal stories such as homelessness or bereavement.

She stood as the Liberal Democrat candidate for Glenrothes in the 2017 General Election. Since that time, she has worked as Parliamentary Researcher for Alex Cole-Hamilton MSP and Communications Officer for Willie Rennie MSP, who was previously the MP for Dunfermline and West Fife. Rebecca is the party’s spokesperson for the Environment and campaigns for all levels of Government to go further in their policies to reverse climate change.

Rebecca lives with her husband and young daughter.