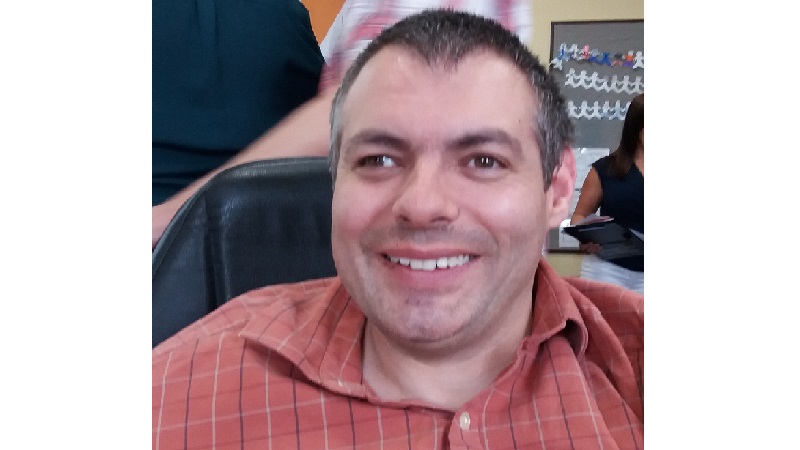 Richard Whelan, 42, has been a member of the Liberal Democrats since the age of 14 and got involved with campaigning almost immediately when he got in touch, and worked, with his then local Liberal Democrat councillor on a campaign aimed at installing traffic lights at a notorious accident black spot near Leeds/Bradford Airport; about a mile from where he lived at the time.  Having caught the campaigning bug he proceeded to work alongside his then Leeds North West local party by recruiting new members and activists, and assisting with fundraising efforts, all of which contributed to winning the constituency at the 2005 General Election.

Physically disabled since birth, that has not stopped Richard from leading an independent life.  After his education was disrupted at the age of 11, when he spent a total of six months at the Peto Institute in Budapest, involving intense exercise on both his upper and lower limbs, he returned to successfully complete his education and study for an International Relations and Politics degree at Coventry University where he achieved a 2:1 classification.  After leaving Coventry, Richard spent a year as an Administrative Assistant at what was then the Benefits Agency in Leeds before undertaking numerous voluntary placements, including at Leonard Cheshire in London, where he gained experience of undertaking Policy Research ahead of completing two taught Masters: at Warwick (2002-2003) and Aberystwyth (2005-2006) in International Relations.

Richard continues to engage with the policy community.  After leaving Keele in 2016 he undertook an informal investigation into the role of Personal Assistants, and how it could be improved to allow disabled people to live more independent lives, by speaking to both service users and stakeholders at the very heart of the planning process.  He also became active again with the Liberal Democrats by serving on the West Midlands Regional Executive and assisting in a range of election campaigns, including the most recent European Election campaign here in the West Midlands.  Finally, at the end of April 2019 Richard was selected as the Liberal Democrat Prospective Parliamentary Candidate (PPC) for North Warwickshire.