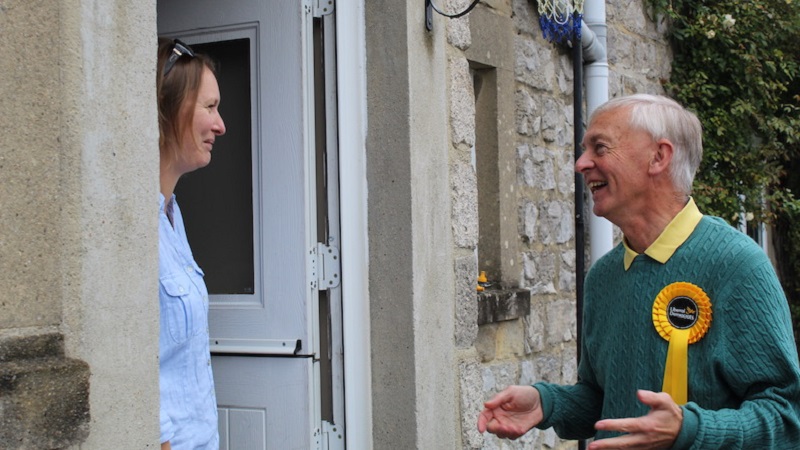 Robert Court worked as a physics teacher and then as a Sheffield headmaster. He and his wife have been Derbyshire Dales residents for over 20 years. Living near Eyam, he is heavily involved in the village community, being very active in the parish church and as a school governor, also having taken part in amateur drama and played in the village cricket team.

After joining the Liberal Democrats in 2016, he looked at the mess our country was in and became convinced that doing nothing was no longer an option. So having chosen the route of active participation, he duly emerged from the selection process as the Lib Dem parliamentary candidate for his home constituency. He believes that the Liberal Democrats offer clarity over Brexit and hope for the future of the country and of the planet.

After a career working with teenagers, he feels passionately that we have to build a better place for them – one which is liberal, internationalist, compassionate and forward-looking. As a Green Liberal Democrat, he is in total agreement with young people that urgent action is needed to deal with the climate change emergency.

He is a centrist reformer, not afraid of asking hard questions and looking for radical solutions. Like many who are disillusioned with the extremism of the parties who have more or less alternated in government for the last 100 years, he has found his political home in the Liberal Democrats.

He has experience to bring from outside politics. He is not seeking election as MP for Derbyshire Dales in his own interests. He is prepared to serve the country and constituency at a time of great need, when truth and integrity are in short supply, to help rebuild our unity as a nation.