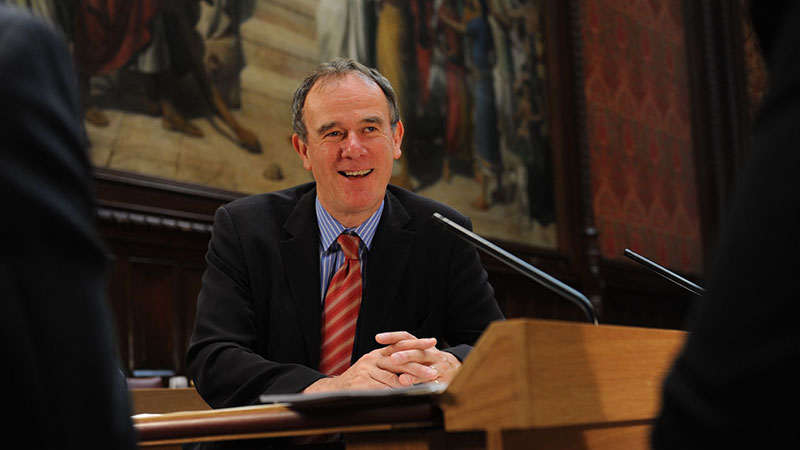 Robin was appointed Chief Whip of the European Liberal Democrat Group in the European Parliament from 1997 to 1999. In Europe he spoke on marine, transport and regional policy issues.

Following his period as MEP, he was chief executive of a regional business finance fund in the south west.

He joined the Liberal Democrat group in the House of Lords in 2006, and his main focus in the Chamber is climate change, energy issues and biodiversity issues. He also intervenes on fisheries and marine policy. As part of this work he has chaired both the House of Lords EU select sub-committee on External Affairs, its ad-hoc select committee on the Arctic, and more recently the EU Environment select sub-committee.

Robin has previously sat on the Liberal Democrat Federal Executive and has also chaired the Party's national finance committee. From 2009 to 2013 he was a member of Cornwall Council.

Outside of politics Robin chairs the Cornwall and Isles of Scilly Local Nature Partnership, is a trustee of the Green Purposes Company that holds the special green share in the Green Investment Bank, and is a director and part owner of a battery storage company.

He is a Patron of Human Rights at Sea

He has two daughters, and lives with his wife, Terrye, in Cornwall.