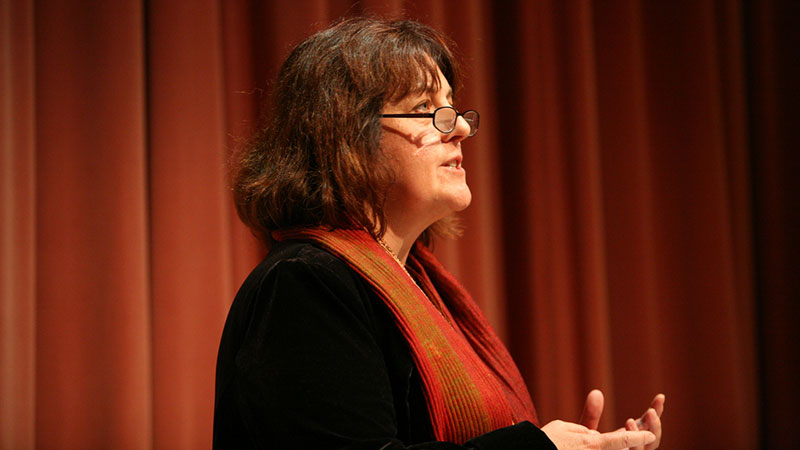 Ros lives in Needham Market, in Suffolk, the town that she represented first as a District councillor and then as a County councillor between 1991 and 2005.

Ros became deputy Leader, and then Leader, of the Liberal Democrat Group on Suffolk County Council, which was in joint Liberal Democrat/Labour control. She was a founder member of the Local Government Association in 1997, going on to chair the Transport Executive and representing United Kingdom local government on the European Union's Committee of the Regions.

In 1999, Ros was the number two candidate on the East of England European list at the same time as studying for her first degree in European Studies with German at the University of East Anglia. In May 2000, Ros was made a Life Peer, and sits in the House of Lords as Baroness Scott of Needham Market, and has been a frontbench spokesperson on both local government and transport.

Ros was a member of the Commission for Integrated Transport from 2000 to 2006, a board member of the Audit Commission and a non-executive director of the regulator of the Government's landfill tax credit scheme, Entrust. Between 2005 and 2008, Ros was a non-executive director of the Lloyds Register, a Mutual and Provident not for profit company specialising in safety throughout the world.

Ros is Chair of the England Volunteering Development Council, representing the voice of volunteers.

Since May 2013 Ros has been Chair of the House of Lords EU Scrutiny Committee D which deals with energy, environment, climate change, agriculture and fisheries.

Ros is married to Mark Valladares, and her hobbies include singing with an a capella group, gardening and cooking. She has two adult children, Sally and Jamie.