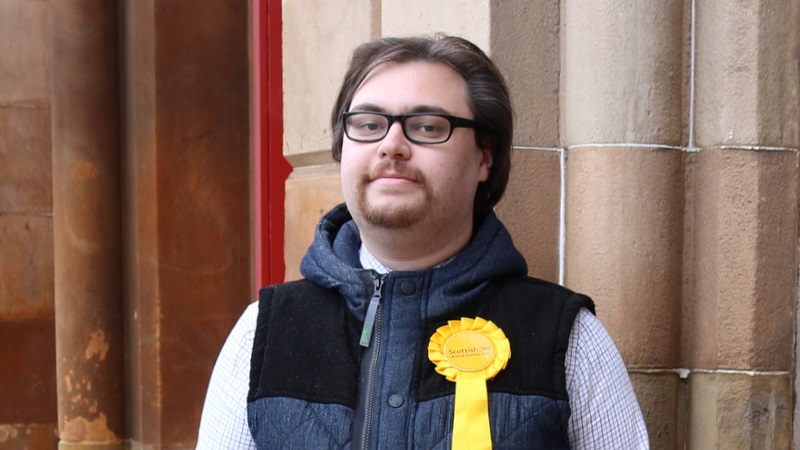 Ross Stalker first joined the Liberal Democrats in 2006 while studying Biological Sciences at Edinburgh University. He made Renfrew his home in 2010 and went on to obtain a Master's Degree in Biotechnology at the University of the West of Scotland in 2014. With his background as a biologist, he understands the urgency of the climate emergency and firmly believes in strengthening environmental protections.

Ross was employed for several years as a Campaign Organiser for the party, throughout three parliamentary elections, the EU referendum and the 2017 local elections, which has given him extensive experience in engaging with voters and winning political campaigns. He has also served for over a decade on the Scottish Liberal Democrat Conference Committee, which has given him experience in a broad range of policy areas.

As someone who is recovering from depression, he is particularly passionate about improving mental health services. He also wants to raise awareness and improve diagnosis of adult ADHD, having been diagnosed himself in his late 20s. He is concerned about the impact Brexit would have on public services - whether a Tory Brexit, a Labour Brexit or a no-deal crash-out, Brexit will damage the economy and cost public money that we should be spending on real help for people who need it.