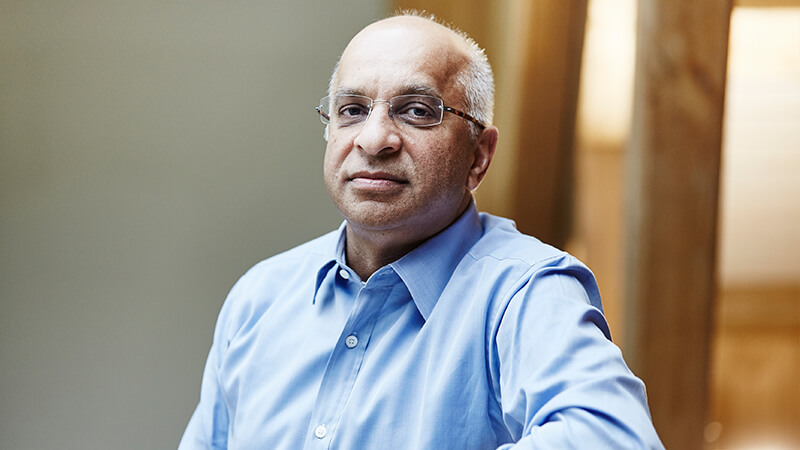 Rumi has had a varied career as a multiple entrepreneur and philanthropist, and was appointed to the House of Lords in 2013.

Born in Uganda, Rumi was educated in the UK from the age of six and adopted Britain as his home following the expulsion of the Asian-Ugandan population during the regime of Idi Amin. He studied Law at Downing College, University of Cambridge where he is now an Honorary Fellow.

In business, Rumi founded Domino’s pizza in the UK, owned Watford football club with Elton John, and Mayfair’s luxury china and glass emporium, Thomas Goode & Co. His current focus is on real estate, having undertaken a number of high-end investment and development projects in London and Brazil.

Through his charity, The Rumi Foundation, he supports a broad range of innovative initiatives tackling some of the world’s most pressing issues in education and inequality. He is also Chairman of the international development and youth empowerment movement, WE UK.

Rumi was awarded a CBE for charitable services in 2009 and served as a member of the Advisory Board of the British Olympic Association for the London 2012 Olympic Games.

He has been a significant supporter of the party's Leadership Programme, finding and mentoring candidates from minority groups, helping them gain seats for the Liberal Democrats and diversify the party’s talent pool.

In parliament, he takes an active interest in areas such as health, international development, social mobility, entrepreneurship and ensuring equal opportunities for all within society.