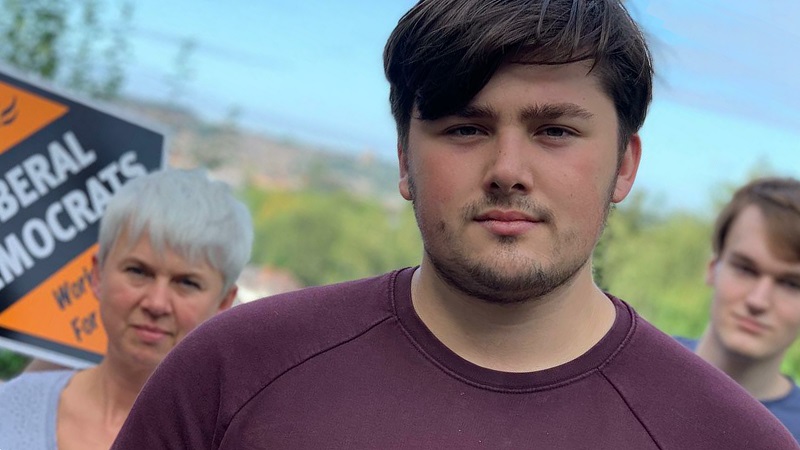 Ryan was born and raised in the Black Country, and his family go back for generations in the region.

Having been a pupil at Windsor High School, and later Stourbridge College, Ryan now works for a Charity, supporting young people in getting involved in social and community action projects in their own communities.

Ryan has fought for Dudley Boroughs place in Europe for the last three years and is the only candidate in the running who can Stop Brexit.

"The leave vote around here was a rebellion against politics as normal. After years of being left behind its no surprise that Dudley gambled for something new. But three years on, we know now that the Leave campaign was an establishment stitch-up, that our NHS will struggle, not thrive, that the government is willing to cause huge damage to the livelihoods of families who are already struggling to get by, just so Boris Johnson can fulfil his childhood fantasy of being Prime Minister."

Ryan is keen to make sure that once the Liberal Democrats Stop Brexit, we get on with tackling the real issues in society, whether that is saving our NHS, or fighting Climate Change. Ryan is committed to standing up for Halesowen and Rowley Regis.