Last month I thanked you for being re-elected unopposed for my second and final year, as Federal Party President until December 2019 and since then we have had the first one member one vote Federal Committee Elections.

We had an extraordinary number of votes for the directly elected members to these Federal Committees, for which many thanks. Last year many members told us you wanted to see a wider range of people standing and being elected to party committees. The results were announced on Saturday and you chose to vote for many new faces in these elections. You also chose the most diverse set of candidates so that, with the exception of one committee we did not need to use the diversity quotas you voted for at Conference. Thank you. Your new Federal Committees will get down to work over the next month, and will report back to Federal Conference later in the year. The results can be found here.

I continue to be impressed by your hard work resulting in our amazing local government by-election successes. Last Thursday was particularly notable, bringing our total net gains so far in 2016 to 28 compared to 33 Conservative net losses. ALDC told us these are the best results in years. I knew that our candidates would do the party proud but once again they exceeded all expectations! The standard has been set for 2017! 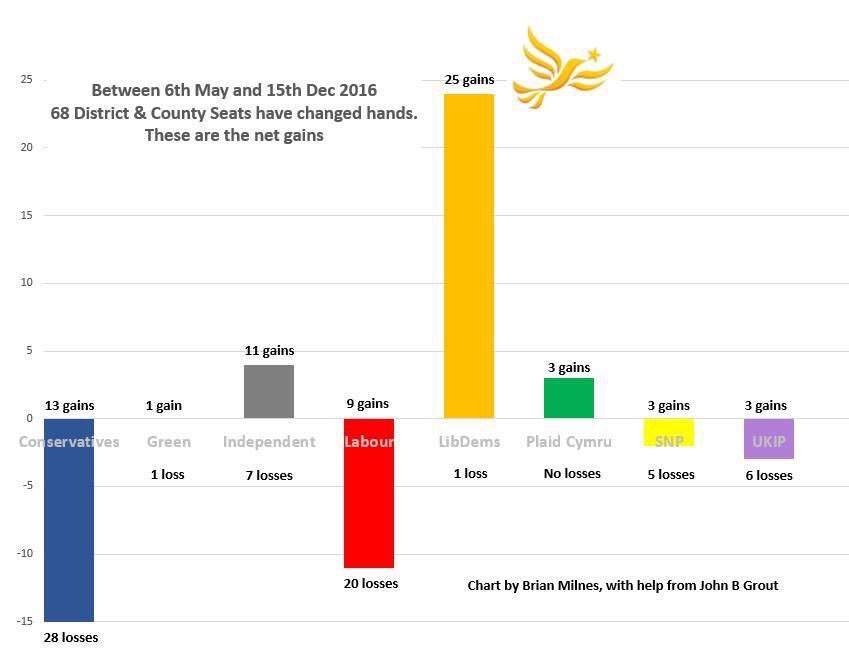 Along with many of you I had the privilege of working in the Witney, Sleaford and Richmond Park parliamentary by-elections. I have seen Sarah Olney take up her seat in the Commons after her brilliant campaign, and also want to thank Liz Leffman and Ross Pepper for their roles as outstanding candidates.

In this quite extraordinary year our staff have worked extremely hard. They nominate two members of staff to be their Heroes of the Year. The Westminster based staff member was Humphrey Amos, the Head of the Lords Whips Office, and the non-Westminster nominee was James Lillis, our campaign manager for the Richmond Park by-election. Congratulations to them both.

And finally, I want to thank each and every one of you for playing your part in the revitalisation of the Liberal Democrats. A year ago the media had decided to write us off. Today they have changed their view and recognise we are on the rise again with a clear message about liberal values in our society today. #LibDemFightback is not just a hope it is a reality. Success at by-elections locally and at Richmond Park are vital, as well as everything you are doing in your area. Have a wonderful Christmas and New Year, and return with new energy to help us win again in 2017.